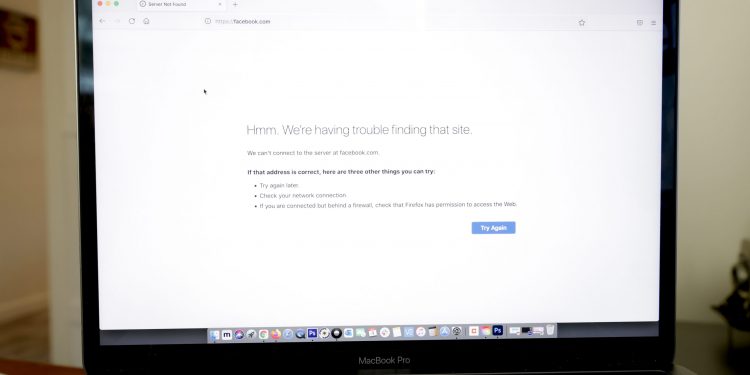 Around 48,000 internet domain names belonging to U.K. citizens and organizations — including pro-Brexit site Leave.eu — have been indefinitely taken offline from Monday, following the revocation of their .eu domain names by the agency in charge of registrations.

The move marks the final step in an ongoing process since the U.K. withdrew from the EU on January 31, 2020.

U.K.-based owners of .eu domains were told that they needed to prove eligibility for an EU domain; otherwise, they would risk suspension, meaning their domains would be unable to support website-hosting or email functionality.

To register a .eu domain, individuals must be either citizens or residents of the bloc, and organizations should be established within the EU.

More than 80,000 websites had been hit with a “suspended” status, following the end of the Brexit transition period on December 31, 2020. By July of last year, those that failed to prove eligibility were placed into a “withdrawn” status until Monday, when their .eu domains were revoked indefinitely.

“Over the past 12 months our staff has been working tirelessly to support the holders of these domain names and follow up on the numerous requests to reinstate a domain name into the registered status as soon as the eligibility criteria were met,” an EURid spokesman said on Monday.

Those in possession of European Union residency or citizenship will be able to immediately re-register the .eu domains revoked as of Monday.

A spokesperson from EURid, the EU’s domain registry manager, said that the 48,000 domain names would “become available for general registration on a first come, first serve[d] basis” in batches throughout Monday.

Leave.eu could be back in EU hands

One case that caught the headlines last year was the domain Leave.eu — registered to the organization of the same name, which had been spearheaded by former Brexiteer MEP Nigel Farage and bankrolled by erstwhile UKIP funder Arron Banks.

Ahead of the Brexit withdrawal date, the organization migrated its registrant address to a location in Waterford, Ireland, in an attempt to prove eligibility for a .eu domain.

However, following an investigation by EURid, the domain was issued with a “withdrawn” status, because the domain holder failed to respond to data verification requests, EURid said on Monday.

As of Monday, the Leave.eu domain name will become available for re-registration by an EU citizen or resident.

This article is part of POLITICO’s premium Tech policy coverage: Pro Technology. Our expert journalism and suite of policy intelligence tools allow you to seamlessly search, track and understand the developments and stakeholders shaping EU Tech policy and driving decisions impacting your industry. Email pro@politico.eu with the code ‘TECH’ for a complimentary trial.