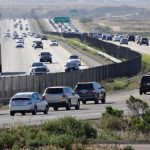 Ontario politicians with their eyes on this year’s provincial election take note: a recent EKOS survey suggests attitudes in the province’s Golden Horseshoe are far greener than stereotypes would have it, with 74% of 905ers polled agreeing that the region’s Greenbelt is “no place” for a proposed four- to six-lane highway.

That so many gave a thumbs down to the proposed Highway 413, touted as the cure for the region’s traffic-throttling congestion, might seem “extraordinary,” Forman and Kaleem say, since “the very people it’s meant to serve reject it.” But the apparent preference for ecosystems and wildlife over new highway infrastructure only shows that “they are sensible people, these 905ers,” they add. “So sensible that, as we approach a provincial election, the parties would be crazy to ignore them.”

“Suburbanites want to travel efficiently, but they recognize roads aren’t appropriate everywhere. They know that some places—including rare ones like southern Ontario countryside and rivers that provide habitat for endangered fish—must be off limits to expressways.”

What those citizens need is an accurate and honest presentation of what’s at stake when something like a new highway is built, the two authors state. “If you ask people in the abstract, ‘Do you want a new highway?’ many will say, ‘Why not?’,” they write. Add the details on potential environmental impacts, however, and “public opinion shifts dramatically.”

Taken at the height of pandemic turmoil and worry in November, the EKOS survey revealed a population already well-versed on the urgent need for climate action.

Suggesting a truly seismic shift in attitudes about environmental stewardship, 74% of those polled said that the Ford government should be treating the climate crisis as an “emergency,” rather than merely as a “priority” or “serious” issue. That deliberate choice of words is also “the language of activism,” Forman and Kaleem note.

‘A slap in the face’: nurses’ strike signals Kaiser’s end as union haven

Poland has become Europe’s growth champion, but can this success continue?