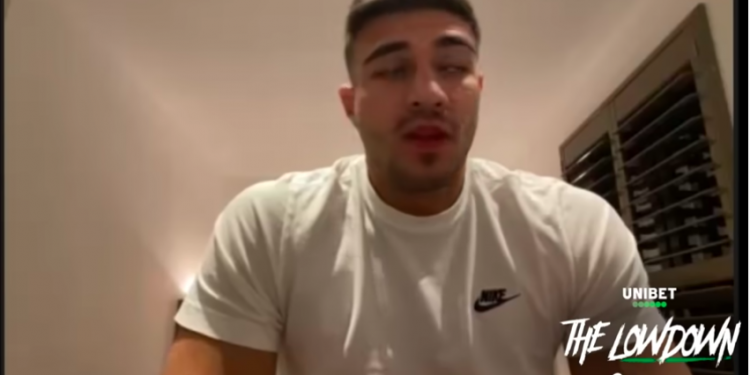 Tommy Fury insists he’s planning to reschedule his fight with Jake Paul as he called out his rival for ‘failing to fight boxers’ following his devastating knockout of Tyron Woodley.

Fans were eagerly anticipating the fight between the pair earlier this month after a series of trash talk and taunts on social media.

The bout was due to take place on December 18 in Tampa, Florida, but was called off when Fury pulled out with a broken rib.

Paul instead had a rematch with UFC fighter Woodley, where he comprehensively knocked out his fellow American in stunning fashion.

The YouTuber-turned-boxer has continued to call out Fury, who he often refers to as ‘Tommy Fumbles’, despite saying he won’t fight his opponent after he pulled out.

The half-brother of two-time world heavyweight champion Tyson Fury has nevertheless insisted his ’time will come’ as he insisted he’s planning to reschedule a fight with Paul next year.

“I believe my time will come. We’re trying to figure out a date because that’s the fight we want,” Fury told Queensbury Promotions.

Jake knocked out Woodley in a rematch after Tommy pulled outGetty

“I dont get what he’s trying to achieve by calling out the UFC people. He wants to be a boxer so fight a boxer. He’s calling out these wrestlers and. non-boxers. In the cage they call him out every day of the week.

“He’s the fight I want next and he’s the fight that’s going to happen next. We’re just at the stage of working it out.”

Both Fury and Paul are undefeated in their career so far, with the latter taking his record to 5-0 with his victory over Woodley.

The former has a record of 7-0 but has yet to face a real test in the ring.