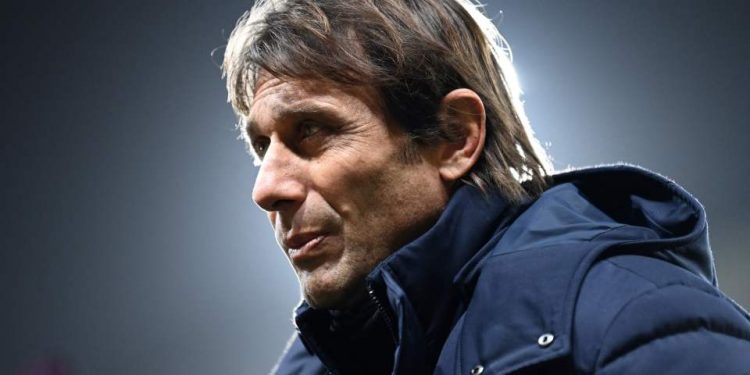 Tottenham may be unbeaten in Antonio Conte’s first eight Premier League matches but he’s still demanding improvements after their 1-0 win over Watford.

The Italian, who now has the longest unbeaten league start of any Spurs boss, believes that while he’s putting the foundations for success in place, some of his players need to raise their game to help the team further.

Without criticising his young wing-backs, the Italian revealed the need for them to work on their final ball after the Hornets almost held them to a stalemate.

Emerson Royal and Sergio Reguilon were heavily involved in the fixture as Spurs dominated possesion.

Unforunately, the pair were unable to provided a final ball of note to forwards Harry Kane and Heung-Min Son and overall Tottenham attempted 29 crosses.

It was left, in added time, for Son to deliver a free-kick into game-winner Davinson Sanchez.

Sanchez rose highest to score a huge goal for SpursGetty

And Conte would like to see his his key men work on their end product.

He said: “For sure, we need to improve in this aspect, because when you play with this system, with this formation, the wing backs are very important.

“When the ball arrives there, we must be more effective. I know very well that this is a role where you expend a lot of energy.

“You become a striker, a winger when we are in possession, and then a right-back or a left-back when we are without the ball. But at the same time, we have young players with space for improvement.

Royal was also unable to make a big contribution offensivelyAFP

“Also today I’ve seen great commitment from all the players but for sure we have to improve in many aspects, in the quality but we need the time also to work on this aspect. To play every three or two days is not easy.

“I repeat, I’m delighted with the commitment of the players. Another clean sheet and we’re showing solidity in this aspect.”

Meanwhile, Conte reiterated his hope goalkeeper Hugo Lloris will sign a new contract with the club.

He had little to do at Vicarage Road but still produced one stunning save to deny Josh King.

And his Italian boss praised his captain once more.

“Hugo showed me today that he’s top and he’s always focused. For us he’s very important and I’m sure that in a short time they can find a solution because he loves the club.”