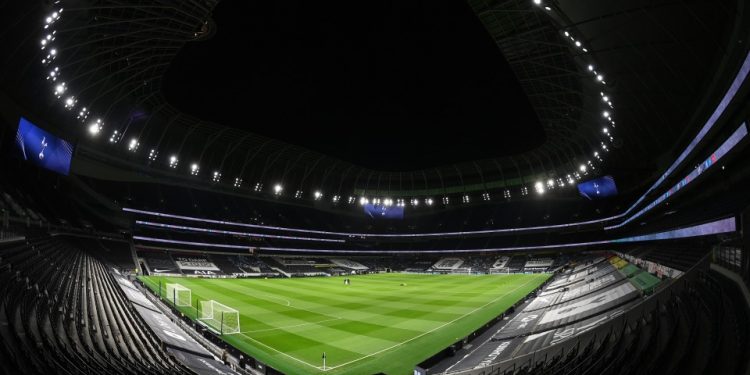 Sunday’s north London derby between Tottenham and Arsenal has been postponed by the Premier League.

Arsenal submitted a request to have the game delayed on Friday and have now had their wishes granted ahead of the crunch clash.

Mikel Arteta is short staffed due to COVID-19, injuries, suspensions and the Africa Cup of Nations, with as many as 12 first-team players reportedly unavailable.

Spurs were pushing for the game to go ahead due to the majority of Arsenal’s absentees not being COVID related, but the Premier League have since granted the Gunners’ request.

The game was set to have huge ramifications in the race for Champions League football, with Antonio Conte’s Spurs two points behind Arsenal but with two games in hand.

A statement from the Premier League read: “Following a request from Arsenal FC, the Premier League Board met today and regrettably agreed to postpone the club’s away fixture against Tottenham Hotspur, due to be played at 4:30pm on Sunday 16 January.

Arteta will be relieved as he contends with injuriesGETTY

“With Arsenal having fewer than the required number of players available for the match (13 outfield players and one goalkeeper), the Board accepted the club’s application. The decision is a result of a combination of COVID-19, existing and recent injuries and players on international duty at the Africa Cup of Nations. All clubs are able to apply for a postponement if COVID-19 infections are a factor in their request.”

Arsenal have temporarily lost a number of players to AFCON in the shape of Thomas Partey, Pierre-Emerick Aubameyang, Nicolas Pepe and Mohamed Elneny.

Arteta further cut his squad short by loaning Ainsley Maitland-Niles and Folarin Balogun away during the January transfer window, and then lost Granit Xhaka, who was sent off for the second time this season when facing Liverpool in the Carabao Cup.

Arsenal had just one senior first team midfielder available for the derby in the shape of Albert Sambi Lokonga and has since had to rely on 18-year-old academy graduate Charlie Patino.

The Gunners were similarly left frustrated when their Carabao Cup semi-final first-leg tie against Liverpool was delayed due to COVID tests which later turned out to be false positives.

Arteta had earlier commented on the postponement request, insisting things go both ways.

“It’s gone the other way for us when we were ready to play a match and it was cancelled twice because the other team had issues so it can go both ways,” he said.

“But our intention is always to play.”

The match becomes the 21st Premier League game to be postponed this season.

Amazon offers to pay college fees of 750,000 frontline US workers