‘Tunic’ Has Perfected The Fun Of Discovery In Video Games 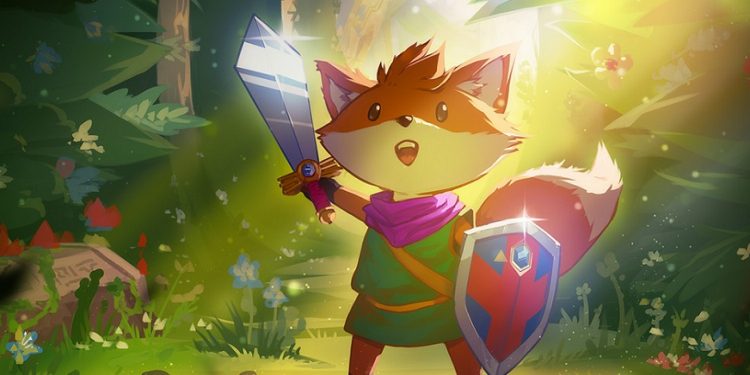 There is a moment in Tunic relatively early on where it becomes clear what kind of game it is. An item that will make the experience of the game far more bearable is hidden away behind a locked door. The player goes out of their way to find the key to that door, potentially battles past a tough encounter, and then opens it up. Success, the item is acquired. The game then leads the player through the exit. This takes them through a hidden path where they quickly discover that, had they just walked through the shadows, they could have skipped finding the key and gotten the item without it.

That is Tunic. A game filled with “ah ha!” moments where every secret feels like the discovery of a lifetime. One where pretty much everything is open from the beginning and the only thing stopping the player from moving on is knowledge and experimentation.

Tunic isn’t the first game to give the player absolute freedom from the beginning of the game to do whatever they want. The Legend of Zelda did this and many other NES games that the style of Tunic is inspired by did it as well. However, while bombing a random wall in The Legend of Zelda felt cheap and unearned, every reward in Tunic feels like it just took the entire world the game had shown to that point and flipped it on its head. It does this by slowly and carefully feeding enough information to the player to feel like they have a grasp of what’s going on, but always holding out on us until we can learn a little bit more.

The way it accomplishes this is through the brilliant use of an in-game manual like NES games of old that the player can check and look through. The catch is, a large portion of it is in an unrecognizable language and many of its pages are missing. This is one of the many ways the player must constantly be thinking and puzzle solving. The manual is legible and the player can understand what it is trying to tell them, but it requires thinking through and carefully reading. Every once in awhile a page will seem like there just isn’t enough information, then the player will find the next one that goes with it, and everything clicks.

These manual pages aren’t simply helpful hints or paths to secrets either. They teach the player game mechanics that have been available to them this whole time, but they likely have never tried because they never thought to. Everything in Tunic is a discovery, but it never feels old to find new information. Instead its exciting and feels like an opportunity to figure out the next step on your journey. It very much feels like if a Zelda game, or a Souls game, but if it emphasized puzzle solving instead of the combat.

That is not to say that the combat of Tunic isn’t fun. The player will eventually find themself with the standard sword and shield where they can block attacks and slash to their delight. Like a Souls game they have a stamina bar, which means they need to be careful with how often they’re blocking and dodging, but unlike Souls games, there isn’t a need to focus on a specific build. There are plenty of resources to upgrade most of your stats just fine. What’s fun about the combat of Tunic is it isn’t really about the stats but more about managing resources in combat. Magic in particular falls heavy under this category and will likely be in heavy use by most player because of the variety of fun ways to use it.

The combat itself is fun to use, fights with regular enemies are never too easy but also never too hard, but where the game shines is the boss fights. If you want a true challenge in combat then the boss fights are where you will find them. Some of these bosses can put on a hurting fast and will require some quick thinking to overcome them. Most of them are doable though, but some of the late game ones can feel a little too difficult. The sudden difficulty spike comes a bit out of nowhere and really puts the players’ skills to the test.

If Tunic ever does feel too hard then the player can always turn on the no fail option. This feature ensures that the player will not die in combat which means that anyone can enjoy the puzzle-solving aspects of Tunic even if they can’t ever overcome the combat. This is a great way to make sure everyone can enjoy the game no matter their skill level. It’s one of the many reasons Tunic is an easy to sell to at least try it out, especially since it’s on Game Pass.

This really is a game that anyone who enjoys video games should give a go. It’s not only one of the best games of the year, but it’s one of the best games ever made period. There is something really special about the discovery in Tunic that can’t be understated. Few games have managed to capture the fun of exploration the way Tunic has. This is a world that I’m going to come back to again, and again, and again because I want to see what it’s like with the knowledge of its many secrets.

Feeling the pulse of emerging Europe