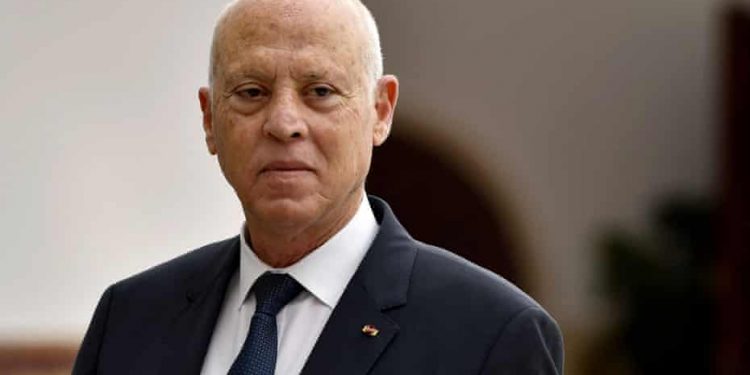 Tunisia’s president Kais Saied has issued a decree dissolving parliament, which has been suspended since last year, after it defied him by voting to repeal decrees that he used to assume near total power.

Speaking after an online session of more than half the parliament members, their first since he suspended the chamber in July, Saied accused them of a failed coup and a conspiracy against state security and ordered investigations into them.

The parliament session and Saied’s response intensified Tunisia’s political crisis though it was not clear if they will prompt any immediate change in his grip on power.

Any move to arrest parliament members who took part in Wednesday’s session, as Saied’s threat of investigations may imply, would represent a major escalation in the confrontation between Saied and his opponents.

“We must protect the state from division … We will not allow the abusers to continue their aggression against the state,” Saied said in a video posted online late on Wednesday.

Saied’s opponents accuse him of a coup when he suspended the chamber last summer, brushed aside most of the 2014 constitution and moved to rule by decree as he set about remaking the political system.

“We are not afraid to defend a legitimate institution,” said Yamina Zoghlami, a parliament member from the moderate Islamist Ennahda.

“The people did not withdraw confidence from us. The president closed parliament with a tank.”

Saied, a former law professor, says his actions were constitutional and necessary to save Tunisia from years of political paralysis and economic stagnation at the hands of a corrupt, self-serving elite.

He says he will form a committee to rewrite the constitution, put it to a referendum in July then hold parliamentary elections in December.

Tunisia’s 2014 constitution says the parliament must remain in session during any exceptional period of the kind announced by Saied last summer and that dissolving the chamber should trigger a new election, though he has not yet announced one.

The Free Constitutional Party, a main opposition party that polls project would be the biggest in parliament if elections were held, urged Saied to call early elections following the dissolution of parliament.

Abir Moussi, the party head and a supporter of the late tyrannical president Zine El Abidine Ben Ali, said that Saied has no choice, according to the constitution, and should call elections within three months.

Major western donors have urged Saied to return to the democratic path and normal constitutional rule.

Wednesday’s parliamentary session was delayed when the online meeting platforms Zoom and Teams stopped working in Tunisia shortly before it was due to begin.

Speaking on radio, independent MP Iyadh Loumi accused the government of disabling the applications to disrupt the session but the communications technology minister denied that.

Parliament’s increased confidence reflects broadening opposition to Saied as he tries to rewrite the constitution, take control of the judiciary and impose new restrictions on civil society.

Ennahda, the biggest party in parliament with a quarter of the seats, and its leader, Rached Ghannouchi, who is parliamentary speaker, have been his most vocal critics.

Although political parties remain deeply divided against each other, more of them are now openly rallying against Saied and demanding he adopt an inclusive approach to restructuring the country’s politics.

Tunisia threw off autocratic rule in a 2011 revolution and introduced democracy, but its system that shared power between president and parliament has proven unpopular.

Saied, a political newcomer, was elected in 2019 in a landslide second-round victory against a media mogul who was facing corruption charges, and he promised to clean up Tunisian politics.

As the economy moves towards disaster with the government seeking an international bailout and a powerful labour union warning of a general strike, many Tunisians have grown disillusioned with his focus on constitutional change.