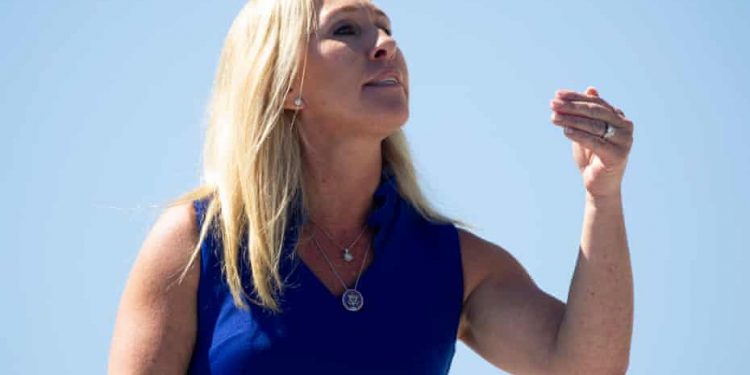 The personal Twitter account of the Georgia Republican congresswoman Marjorie Taylor Greene has been permanently suspended, for violating policies on misinformation about Covid-19.

Greene was issued a “fourth strike” in August, for saying vaccines were failing. That led to a seven-day suspension. A fifth violation prompted Sunday’s move by the social media giant.

“We’ve been clear that … we will permanently suspend accounts for repeated violations of the policy,” a Twitter spokeswoman said.

Greene is a determined controversialist and political extremist who has courted controversy and confrontation since being elected in 2020.

She has regularly been fined for refusing to follow Covid guidelines in Congress, including those regarding wearing a mask on the House floor.

In a statement on Sunday, Greene called Twitter “an enemy to America” and said it could not “handle the truth”.

More than 825,000 people have died of Covid-19 in the US, out of a caseload of nearly 55m. Many states are experiencing a surge of cases and consequent disruption to everyday life caused by the highly infectious Omicron variant.

Resistance to vaccinations and other public health measures has fueled both the pandemic and political tensions around it.

Greene has become a prominent voice among far-right Republicans stoking such tensions in Congress and around the country.