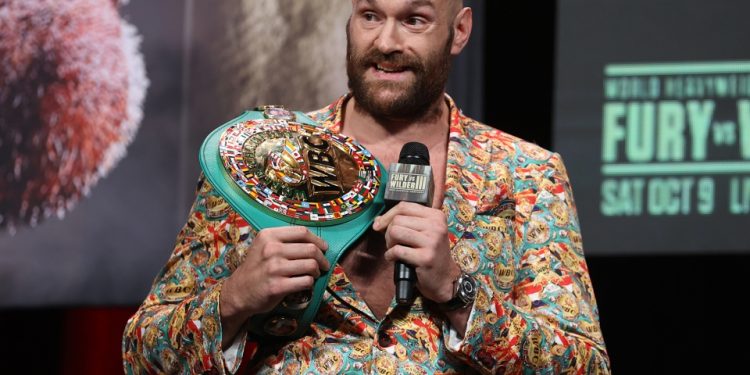 Tyson Fury has poked fun at Luis Ortiz by sharing a meme suggesting his real age is far greater than officially stated.

The 42-year-old Cuban heavyweight returned to the ring with a scary KO win over Charles Martin on New Year’s Day, but began to look his age as he was floored twice early on.

After being dropped twice earlier in the fight, Luis Ortiz came back to stop Charles Martin in round 6

For a long time, some fans have suggested that the age Ortiz looks is significantly older than what he actually is.

As a result, Fury shared a meme to his Instagram story on Wednesday which had been circulating since the fight.

It shows an old photo of former heavyweight champion Jack Johnson in training 1909, with Ortiz’s face photoshopped onto one of the fighters standing next to him.

The fight itself was a meeting of a former Deontay Wilder victim and ex-Anthony Joshua foe.

Martin, who was KOd by Joshua in 2016, put Ortiz down again in the fourth as he seemed to show far less punch resistance than he had in previous fights.

However, the Cuban was never badly hurt and recovered to his feet both times.

Martin was frozen on the spot with his hands down

In round six he hammered Martin with a punch which left him frozen.

Bizarrely, the referee opted not to jump in at this point.

The fight continued until Martin was floored with his arm caught in the ropes.

He could not continue and Ortiz was declared the winner by KO.