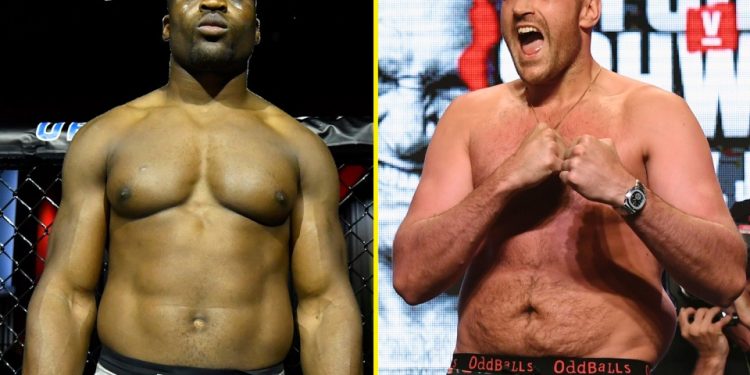 Murmur of a crossover fight between the UFC star and boxing’s WBC king have been rambling on for a couple of years, but with Ngannou’s UFC contract nearly up, those talks have intensified now with both men talking it up lately.

Speaking after UFC Vegas 46, White was amused that boxers keep coming and looking for fights with UFC talents.

“Listen man, these guys… None of this surprise me. It’s like these boxing guys need guys to fight,” White said. “You know what I mean? And it doesn’t surprise me at all.”

Ngannou is in action next weekend against Cyril Gane at UFC 270. The winner will become the undisputed UFC heavyweight champion. If Ngannou loses, his UFC deal will expire, but if he wins, the ‘champions clause’ will keep him for another three fights or one calendar year.

However, the 35-year-old has made it clear he wants to move into the lucrative world of boxing, but he’s hoping to do it under the UFC umbrella.

Ngannou is not happy with his UFC negotiations

“I do think that is a good fight, it is two years that we have been having this back and forth and I think we should be doing this fight,” Ngannou told ESPN MMA.

“I hope so, yeah absolutely this is something that is going to happen,” Ngannou said of the fight with Fury. “I know that I am definitely going to be in boxing, I don’t know when or how yet or the landscape at that moment.

“But that is the only reason I can’t confirm it with Tyson Fury. I want to sign a contract with the UFC and have some boxing matches in my contract like a minimum of two times.

“It will help me get pay and live a good life and possibly have the championship!”

It wouldn’t be totally unprecedented. The only oher example that would be relatable is Conor McGregor taking on Floyd Mayweather while under UFC contract.

UFC ended up helping promote that fight and made a cut of the revenue. Given that was one of the most lucrative fights ever, everyone came out a winner.

Fury vs Ngannou could possibly have that same kind of appeal, if not at the exact same level. But if UFC stands to make money from it and they can keep Nagnnou, one of their prized heavyweights, without paying him through the roof, then it could be a win-win.

We’ll know more when Ngannou’s contract situation becomes clearer after UFC 270. Right now he and UFC are at a stalemate.

Will Rivian’s electric vehicles end Detroit’s reign over the US auto industry?