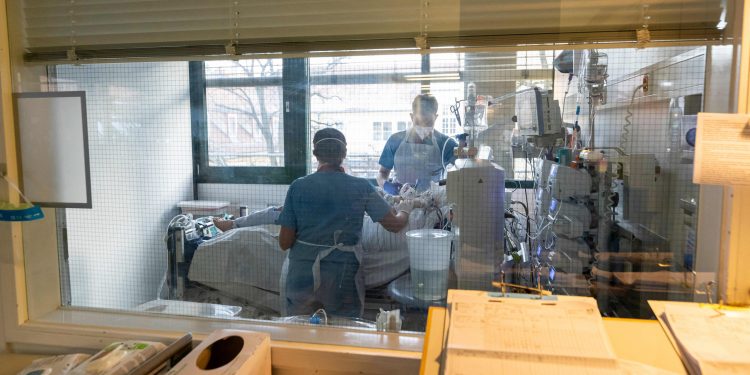 There is a reduced risk of hospitalization for people infected with the Omicron variant of COVID-19 compared with those with the Delta strain, according to early evidence presented by U.K. officials Thursday.

Data from the U.K. Health Security Agency shows that someone with Omicron is estimated to be between 31 and 45 percent less likely to attend an emergency room compared with Delta — and 50 to 70 percent less likely to be admitted to the hospital. It confirms findings that were first reported by POLITICO’s London Playbook on Wednesday.

While describing the data as an “encouraging early signal,” UKHSA Chief Executive Jenny Harries said in a statement that case numbers are very high in the U.K. and that “even a relatively low proportion requiring hospitalization could result in a significant number of people becoming seriously ill.”

The data from the UKHSA correlates with two studies from Scotland and England that indicate Omicron may cause less severe disease than previous variants. The Scottish data pointed to a two-thirds reduction in double-vaccinated young adults being hospitalized compared with the Delta variant. Meanwhile, the English data showed that Omicron infection led to a 15 to 20 percent reduced risk of hospitalization.

While earlier evidence from South Africa provided hope that Omicron could result in less severe disease, experts had cautioned against extrapolating from the data given different levels of prior infection and differing demographics in South Africa compared with the U.K.

Increasing evidence points to vaccines not offering substantial protection against Omicron infection — a finding with which UKHSA concurs.

UKHSA data shows that the vast majority of Omicron cases in the U.K. are in younger people who are less likely to be hospitalized regardless of variant. “This analysis is preliminary and highly uncertain because of the small numbers of Omicron cases currently in hospital, inability to effectively measure all previous infections and the limited spread of Omicron into older age groups,” the UKHSA said in a statement.