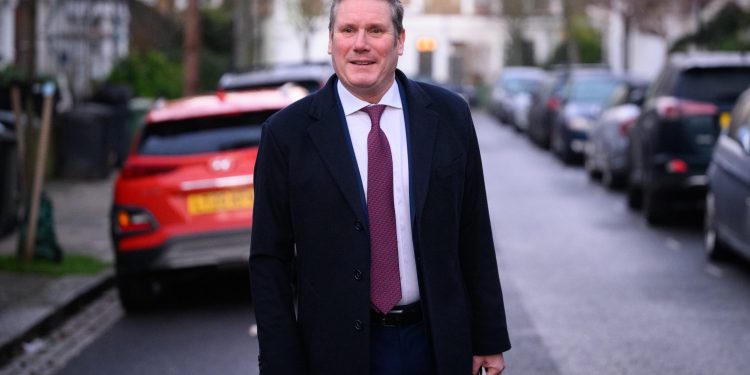 LONDON — Britain’s Labour Party is asking its own staff to accept a real-terms pay cut as it deals with the loss of more than £3 million to falling membership and reduced trade union support.

The decline in income from two traditional sources will increase pressure on Labour leader Keir Starmer to attract big donations as he seeks to benefit from Boris Johnson’s trouble in the polls.

Labour staff were briefed on the state of the opposition party’s finances at a meeting last week with senior party figures. They were offered a 2 percent pay uplift for next year — a real-terms cut when inflation is factored in.

Directors in the party will see their pay frozen, while all staff are in line for an increase of 3 percent next January.

The party’s general secretary David Evans, its human resources director Martin Beecroft and finance chief Simon Mills told employees they expect to make up some of the shortfall from large donations, but did not give further details.

They specified that an estimated £1.6 million had been lost from union contributions and £1.5 million from members’ fees in the last year.

Staff were told that the decline in membership has been much higher than expected, while potential fines from a security breach in November and a loss of union contributions have caused “substantial” additional costs.

The large trade union Unite, which has previously been Labour’s biggest funder and was a staunch supporter of Starmer’s left-wing predecessor Jeremy Corbyn, announced last year it would cut political donations to the party and divert the money to union campaigns.

Labour membership peaked in January 2020 at more than 500,000, but figures presented to staff last week suggest it has been falling since.

Labour already shed almost 80 jobs in a bid to cut costs last year as it tried to compensate for expensive payouts in legal cases relating to a long-running scandal over its handling of anti-semitism complaints, and the cost of fighting three general elections since 2015.

The party also lost £1 million of annual “short money” funding — a pot of state money allocated to the opposition — after it lost seats at the 2019 election.

One staff member who lost their job accused the party of “talking a good game about workers’ rights while senior officials treat Labour staff with contempt and tank the party’s resources.”

They added that the argument that jobs had to go to make the party “fighting fit” for elections had been shown up as “a lie.”

A Labour spokesperson said: “We have been open about the challenges the party faces. Party staff have done great work to tackle these challenges and everyone is focused on ensuring we are ready to fight the next general election.”