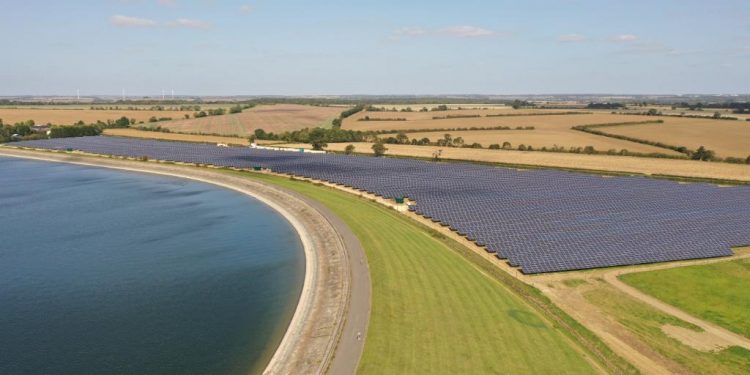 Macquarie’s GIG has invested in over 11GW of sustainable energy projects to date, including solar, wind and hydrogen. Image: Macquarie’s Green Investment Group via Twitter.

The first project in this JV is to connect to the UK’s power grid using a 300 to 349MW connection, with a storage capacity of c.700MWh. This makes it the UK’s largest planned battery energy storage project, Nofar said, with estimated construction costs of £214 million (US$287.43 million).

Construction of the project, dubbed Cellarhead, is set to kick off in the first half of 2022, with plans to connect the project to the grid in the second quarter of 2024.

The 40MW / 40MWh BESS is located in Maldon, Essex, in southern England and forms part of a 187MWh portfolio of seven projects acquired by GIG in June.

GIG has carried out late-stage development activities and has run a wide procurement process to deliver a competitive contractual structure for the Maldon project. EDF is to provide the route to market under a long-term contract, providing GIG assets with access to a variety of revenue streams including ancillary services such as Dynamic Containment, the Balancing Mechanism and wholesale optimisation.

The two 49.5MW BESS are located in Tollgate and Cuxton, near London, with Nippon Koei Energy Europe B.V (NKEE) leading the planning and development, delivery of the EPC and O&M, investment and operation of the systems as a one-stop business service.

TMEIC will procure the BESS, and Nippon Koei will install the energy management system controlling the BESS. Meanwhile, one of Nippon Koei’s group companies, YUSP BV, will optimise the operation of the battery systems in the UK power market.

A mini-Schengen in the Western Balkans? Elsewhere in emerging Europe