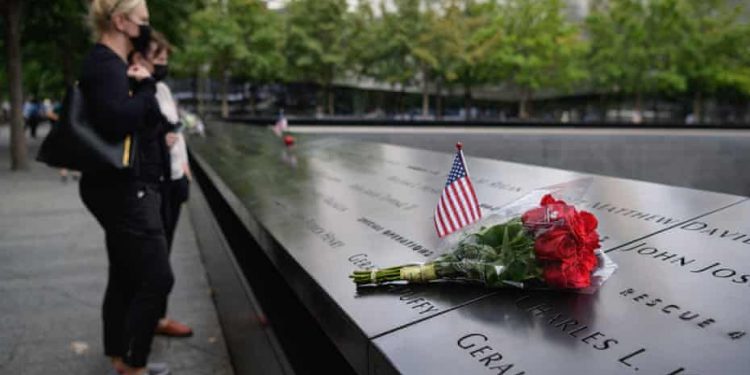 Schoolchildren must be properly taught about the September 11 terrorist attacks to stop them from researching the event themselves and falling down “dangerous rabbit holes” of online conspiracy theories, say experts.

“If schools don’t play a role then other people with other agendas will try to sell their worldviews to young people … 9/11 brings out that tension,” said Jeremy Hayward, a researcher at University College London, who recently authored a report on conspiracy theories in schools.

But, 20 years after the attacks, recent research from UCL shows that teachers lack the time, resources and training to properly teach pupils about the event and its consequences.

Although 9/11 is often taught in citizenship classes, Hayward said some teachers are deterred by the sensitivities involved, especially given that the course is often not taught by subject specialists. History teachers, who are more likely to be appropriately trained, struggle to find time in an already packed curriculum.

Hayward warned that failing to teach pupils, who are all born after 2001, about the event leaves a gap in their knowledge that other groups may fill. “This is an important area to teach because it can be an opportunity to challenge, to see whether people are going down sometimes quite dangerous rabbit holes and maybe to act.”

Teaching about 9/11 is especially important at present, he added, given that conspiracy theories have risen in popularity among pupils during the pandemic, particularly those related to QAnon – a wide-ranging movement that subscribes to the idea the attacks were a government plot.

The extent to which 9/11 is taught in schools is not fully understood since no data is gathered. The event is not a mandatory part of the compulsory school history curriculum, which many secondaries are not obliged to follow since most are academies.

The main set of resources on 9/11 for teachers is produced by a charity, SINCE 9/11, which reported that its free worksheets were downloaded 10,000 times last year.

SINCE 9/11’s founder, Peter Rosengard, believes the charity’s research showed that 9/11 is “a topic many young people rarely discuss in school but are very much interested in”, while teachers say they “need training, more time and they want resources”.

He said: “Some teachers are concerned about what they perceive as difficult or controversial subjects, and don’t want to feel they are marginalising some pupils their class”. He added that extra support from the government, which endorses SINCE 9/11’s resources, “would certainly help”.

Alison Kitson, associate professor in history education at UCL, said it was especially important that 9/11 is included on the history curriculum since, like the climate crisis or decolonisation, the subject of extremism isan issue of contemporary significance. Classrooms are an important space in which to have “informed and reasoned discussions” about such topics, she said.

However, she warned that teachers are held back by the lack of government funding for subject-specific professional development and resources. She said: “Schools don’t have spare money, but to make an entitlement in time, money – or preferably both – and to support subject associations, which are often run on a shoestring, to really support teachers, that would be amazing.”

A Department for Education spokesperson said: “We provide over 150 free resources on the Educate Against Hate website to help teachers and parents tackle radicalisation in all its forms – including a pack on the events of 9/11 itself developed alongside SINCE 9/11.

“Schools are required to actively promote fundamental British values, including democracy, rule of law and mutual respect and tolerance. The upcoming anniversary of 9/11 provides an opportunity for teaching on these issues as part of the school curriculum, such as in citizenship or history, or during school assembly.”

Ultrasound Sticker for 48 Hours of Imaging