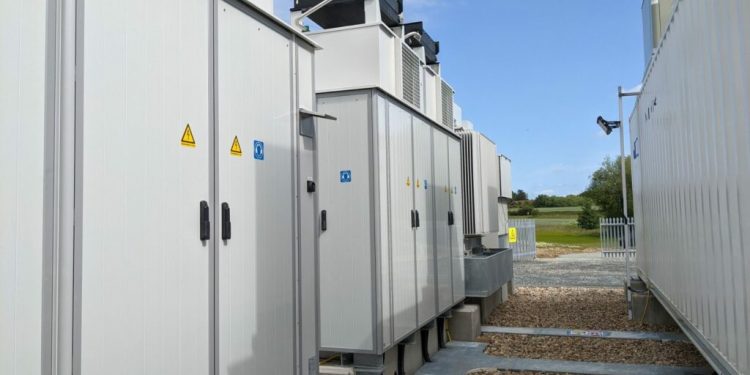 Cremzow has been operating since 2019, providing balancing and frequency services across eight countries and eleven associated Transmission Network Operators in the European grid system. It can participate in wholesale and intraday arbitrage, presenting additional revenue stacking opportunities similar to the Great Britain and Irish markets.

Additionally, Gore Street highlighted how the intent by the EU to diminish co-dependency on gas and other fossil fuels – which it said has been reinforced by the current Ukraine crisis – will likely further enhance the need for energy storage infrastructure.

The Cremzow site was developed in two stages by Leclanche, Enel Green Power and Enertrag, starting with an initial 2MW followed by an additional 20MW, with the system based on LG Chem lithium-ion batteries.

The asset was purchased from Enel X Germany Gmbh, a subsidiary of Enel X. Enertrag, meanwhile, is to retain a 10% stake in the project, as well as support the technical management of the project.

It comes as Gore Street looks to diversify its exposure to new revenue streams, in line with its mandate to expand outside of the UK and Ireland – the latter of which it expanded into in 2019.

A year later, it raised raised gross proceeds of £3.5 million through a placing of ordinary shares to fund its UK and international pipeline.

Following the acquisition, Gore Street’s operating assets will have increased to 232MW, and total portfolio assets under management will be 629MW.

Alex O’Cinneide, CEO of Gore Street Capital, said: “Gore Street has a unique skill set, drawing on our first mover advantage in GB, in owning and operating an international portfolio, and will continue to aggressively pursue critical markets such as Germany.

“This is a landmark acquisition with compelling fundamentals which not only demonstrates our entry into new markets but also increases our operational cash generating assets, and further diversifies Gore Street’s portfolio.”

In related news, UK wind, solar and battery storage developer Harmony Energy is expanding into France with the launch of a new affiliate.

It will target the development of utility scale battery energy storage systems and photovoltaic energy projects initially, building on the company’s 12 years of experience in the UK.

Peter Kavanagh, CEO of Harmony Energy, said: “This is an exciting move for Harmony and the next stage in our strategic growth plan. The formation of Harmony Energy France will enable us to take our expertise and learnings from the UK to help contribute towards a more sustainable energy future in France.”

In the UK, Harmony Energy currently has 600MW/1.2GWh of construction ready battery projects. It has 42MW/84MWh of Tesla Megapack Battery Systems that it owns and operates as part of a partnership with Fotowatio Renewable Ventures, and plans to build a 99MW/198MWh project in southern England under the same partnership.

The company also announced a joint venture with global clean energy group TagEnergy for two grid-scale battery energy storage projects in England and Scotland with a total capacity of 99MW/198MWh.

Additionally, in November the company launched an energy storage focused investment arm, Harmony Energy Income Trust. It has an initial seed portfolio of five projects with a capacity of 213.5MW, as well as exclusive rights to acquire a pipeline of projects within Harmony Energy’s control.

Kasia Skórzyńska: A designer making the most of Warsaw’s fresh potential