US pledges to boost gas imports to the EU 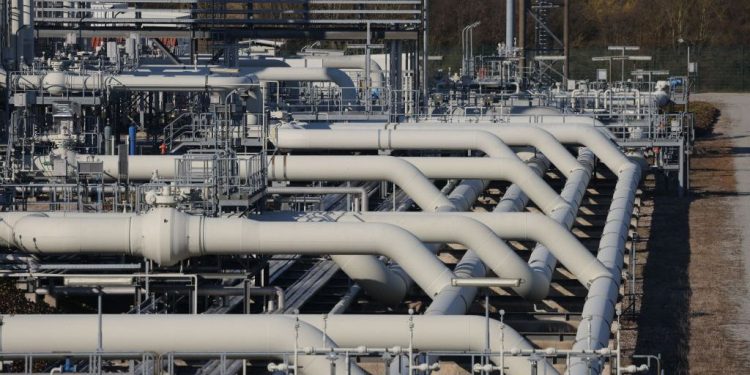 “We’re coming together to reduce Europe’s dependence on Russian energy,” Biden said. “Today we’ve agreed on a joint game plan for that goal, while securing our progress toward a secure, clean energy future.”

The amount promised is equivalent to Russian LNG imported by the EU last year. However, it’s only about 10 percent of the overall 155 bcm of Russian gas imports — most of which comes by pipeline.

A joint EU-U.S. task force will look at shifting an additional 50 bcm of U.S. gas to the EU annually through 2030.

Biden said that was contingent on the EU ensuring the demand was there and that permits are accelerated for new LNG import terminals.

“The European Commission is going to work with the Member States to store gas across the continent, to build more infrastructure to receive LNG, and to take steps to increase the efficiency of gas. This buildout will occur in a way that is consistent — that is not in conflict with — the net zero goal that we share,” Biden added.

That means all new gas infrastructure should have a low carbon footprint, “including through using clean energy to power onsite operations, reducing methane leakage, and building clean and renewable hydrogen-ready infrastructure,” the White House said in statement.

This article has been updated to correct that Biden was talking about international partners boosting gas shipments.