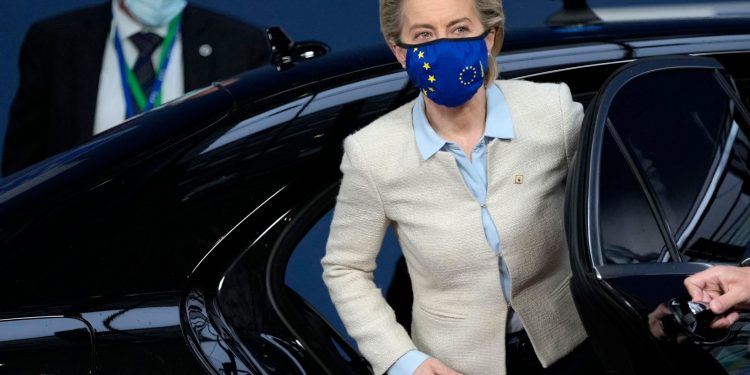 Von der Leyen announced the news on Twitter, and said that she was returning to Brussels. “Regretfully, I must therefore cancel my participation to the @Europarl_EN plenary,” she wrote.

A spokesman said that von der Leyen had traveled to Strasbourg by car, and was returning to Brussels by car as well.

The proceedings in Strasbourg this week include a memorial service for Parliament President David Sassoli, who died last week just shy of the completion of his term in office, as well as the previously planned election of his successor.

At the memorial ceremony on Monday evening, von der Leyen was scheduled to speak along with European Council President Charles Michel and French President Emmanuel Macron.

Von der Leyen’s need to self-isolate is just the latest example of how political leaders, much like their constituents, continue to struggle with the health and logistical complications of the pandemic.

In October 2020, von der Leyen had to leave a European Council summit because of a similar close contact. After that incident, the president ended up self-isolating at her home in Germany, though her whereabouts were briefly unknown.

As Omicron sweeps Europe, Germany plans for the worst