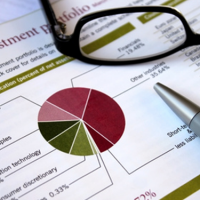 While the Canadian government is working on a plan to phase out public financing to the fossil fuel sector, the high-profile announcement may only result in a change in the way Ottawa supports the industry, not a reduction in the dollars that change hands, according to an analysis last week in the Globe and Mail.

“A global movement to permanently separate the oil and gas industry from the public purse appears to be gathering steam, with an overarching objective of repurposing funds to promote renewable energy,” the Globe writes. As the country with the highest fossil subsidies in the G20, according to analysis last fall by Oil Change International, Canada has a long way to go to get its lavish support for the industry under control.

“Per capita, we’re often the worst,” Julia Levin, senior program manager for climate and energy at Environmental Defence Canada, told the Globe. “But to be the absolute worst, with a much smaller economy and much smaller population, is even more shameful.”

At the COP 26 climate summit in Glasgow late last year, “Canada joined 23 other countries in committing to end certain types of support for foreign oil and gas activity by the end of 2022,” including support from federal Crown corporations like Export Development Canada, the Globe recalls. Natural Resources Minister Jonathan Wilkinson also pledged to end public financing of “domestic” fossil projects.

As recently as last week, Environment and Climate Change Minister Steven Guilbeault was talking to The Narwhalabout ending fossil fuel subsidies by 2023.

“But if federal officials and industry lobbyists are perturbed, they’re not showing it. And EDC said it can meet the 2022 deadline,” the Globe says.

“In part, that’s probably because EDC’s support has already been in transition for several years. More importantly, the fine print hasn’t been written yet. While the manner in which Ottawa assists the industry seems likely to change, it’s unclear whether that will result in a net reduction in overall support.”

The news story traces the history of that fine print, and its often limited impact, to the 2009 meeting where G20 leaders pledged to reduce global greenhouse emissions by one-tenth with a move to “phase out and rationalize over the medium term inefficient fossil fuel subsidies.”

More than a decade later, the promise hasn’t been kept. And based on the reference to economically “inefficient” subsidies, a federal review concluded that only four of 36 identified subsidies actually counted as “inefficient”.

Bronwen Tucker, Oil Change’s Edmonton-based public finance campaign manager, pointed to EDC loan guarantees and reduced lending rates as a form of public finance that helps fossils even more than direct subsidies. “Having a government or multiple government institutions involved really helps projects go forward,” she told the Globe, especially when those projects “have much less social licence and are having trouble getting to the finish line.”

References to “unabated” emissions have emerged as another “sneaky loophole,” Levin added. “That word ‘unabated’ leaves a window open for governments to say, ‘Hey, we’re going to support this oil and gas refinery because there’s a promise of one day attaching carbon capture technology.’” Those systems are “largely untested and controversial,” the Globe states, gaining support from its backers but raising concerns as a “dangerous facilitator of the status quo.”

But those technologies might indeed be the next focus for federal largesse to the fossil sector. It’s precisely what Cenovus Energy CEO Alex Pourbaix demanded last summer, when he suggested taxpayers should cover 75% of the C$75 billion he estimated it would cost to decarbonize his sector by 2050.

“What’s clear is that EDC shows no intention of abandoning the oil and gas sector,” the Globe writes. But “international pressure remains a wild card,” with voters in Canada and elsewhere much more focused on the climate emergency now than they were in 2009, when the G20 made its original subsidy promise.

“The global conversation has shifted,” said Vanessa Corkal, energy transitions policy advisor at the International Institute for Sustainable Development. “Canada, in order to catch up and be considered a climate leader, has to move faster and more boldly.”

Poland will not renew gas contract with Russia