Watchdog to accuse UK ministers of institutional bias against children 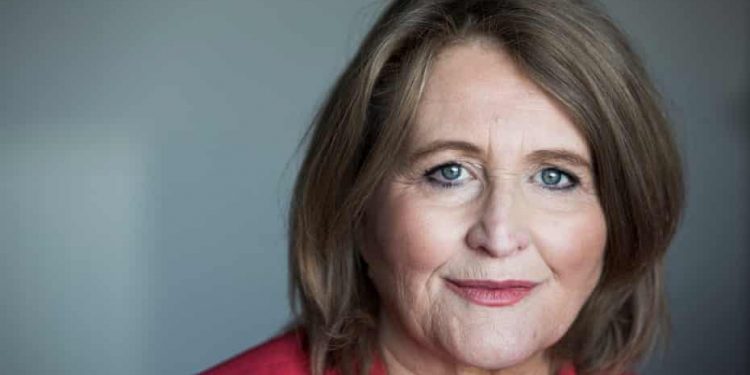 Ministers are out of touch and “institutionally biased” against supporting children and families, while Britain is being put to shame by measures unveiled by President Joe Biden in the US, the children’s commissioner for England will say.

In an excoriating speech at the end of her six-year tenure, Anne Longfield will say it is a “national scandal” that a fifth of children leave compulsory education without basic qualifications.

She will call on Boris Johnson to introduce a “Covid covenant” of education and wellbeing support to help children and young people recover from the pandemic, saying that unless children are at the heart of his “build back better” campaign it is “just a slogan”.

Longfield has been a thorn in the side of government since her appointment as children’s champion in March 2015, but appears to have saved some of her harshest criticisms for her final speech before handing over the reins to the new commissioner, Dame Rachel de Souza, the founding chief executive of the Inspiration academy trust. The Cabinet Office minister, Michael Gove, once said he would like to clone De Souza “23,000 times”.

In her speech, Longfield will confront ministers with the realities facing the most disadvantaged children post-pandemic, saying “it’s impossible to overstate how damaging the last year has been for many children”. She will accuse Whitehall officials of being remote and uninterested in the children for whom they are responsible.

“I have been shocked to discover how many officials have never met any of the children they are responsible for,” she will say, adding: “I have to force officials and ministers to the table, to watch them sit through a presentation, maybe ask a question, and then vacantly walk away.”

In a pointed contrast with the UK government’s record on child poverty, Longfield praises the new US president’s bold proposals for a package of tax credits and benefits that promises to halve child poverty in a year.

“The Biden administration knows that children are the heart of our future economic success. Yet in the UK, we’re on track to have the highest levels of child poverty since records began in the 1960s,” Longfield will say.

“Two weeks ago the prime minister said educational catchup was the key focus of the entire government – yet we still don’t know if next month he is planning to take the universal credit uplift [£20 a week] away from millions of families.

“If the government is really focused on educational catchup, it wouldn’t even countenance pushing 800,000 children into the type of devastating poverty which can have a much bigger impact on their life chances than the school they go to or the catchup tuition they get.”

The speech goes on to accuse the Treasury of shortchanging children while other sectors benefit, committing little more than £1bn to children’s catchup while giving tens of billions of pounds to other sectors of the economy. “What all this shows is an institutional bias against children,” she will say.

In a direct challenge to government, Longfield will add: “Are you serious about children, and their life chances? Are you serious about ‘building back better’ and ‘levelling up’? And will you put those children who were already disadvantaged at the centre of it? This is not just about missing a few chapters in a textbook.”

The fact that after 14 years of compulsory education almost one in five children leave without basic qualifications is “abysmal”, she will say. “I don’t know what’s more shocking: that these things happen, or that they’re hardly recognised. It should be a national scandal.”

Longfield’s final intervention as children’s commissioner for England has been welcomed by the Children’s Society. The charity’s chief executive, Mark Russell, said: “When children go back to school this must be just the start of a long-term recovery plan and new focus on valuing children’s wellbeing, making this just as important as building the economy.

“Young people deserve so much more. We echo the children’s commissioner’s thoughts that the government must fight for and nurture the optimism and ambition in every child and we are grateful to her for all that she has done speaking up for children and young people.”

A government spokesperson said: “Protecting vulnerable children has been at the heart of our response to the pandemic, driven by our commitment to level up opportunities and outcomes. That’s why we have enabled the most vulnerable children to continue attending school in person, while providing laptops, devices and data packages to those learning at home and ensuring the most disadvantaged children are fed and warm.”

This article was amended on 17 February 2021. An earlier version used the word “disinterested” when uninterested was meant.

‘It is there pretty much forever’: Huntington Beach oil spill may permanently affect birds