What the Pandora Papers Tell Us About Ourselves 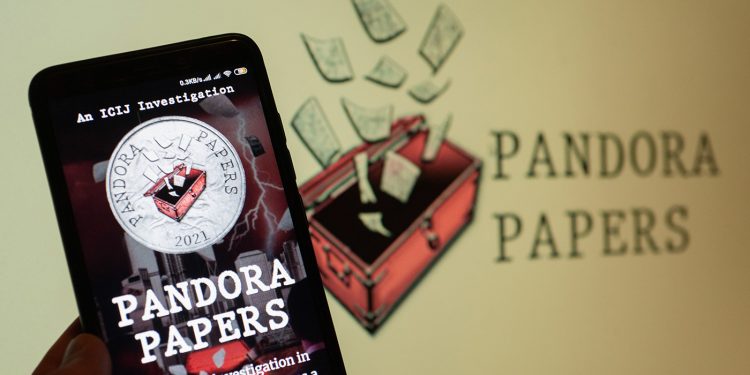 The wealthiest people in the world hide their wealth. This is common knowledge, as is the need to reverse the trend of growing wealth inequality.

Yet even knowing this, the Pandora Papers exposé by the International Consortium of Investigative Journalists is still jaw-dropping. Journalists from 150 news organizations around the world obtained the offshore financial records of more than 330 public officials, including 130 people on Forbes Magazine’s list of billionaires, in more than 90 countries and territories.

The reporting was based on 11.9 million financial records that reveal a yet-unknown amount of hidden wealth that could reach into the trillions. Globally, anywhere from $5.3 trillion—about 6.25% of the world’s Gross Domestic Product—to as much as $32 trillion has been thought to be held in offshore tax havens.

And the real shocker is that these records were held by just 14 financial services firms. This is barely scratching the surface of a vast invisible economy of, by, and for the ultra-rich.

Indeed, as The Washington Post pointed out, some well-known Americans like Jeff Bezos, Elon Musk, and Warren Buffet do not appear in the leaked documents. Even Donald Trump is only tangentially mentioned.

That doesn’t mean America’s wealthiest people aren’t making use of offshore accounts. But it’s also true that many Americans don’t have accounts in those places, as they’re often attractive primarily to wealthy people in countries with less-robust financial sectors, and where graft and corruption are commonplace.

And as other investigations have revealed, America’s billionaires already pay such a low effective tax rate that they don’t necessarily need to hide their money overseas.

But where there’s a need, there will be a market, if not for Jeff Bezos, then for the thousands of other billionaires around the world.

A widespread vehicle the ultra-rich use to hide their wealth is trusts—accounts that hold someone’s wealth, but are managed by third parties, providing a legal gray area as to who legally owns the capital. And one of the U.S. jurisdictions that has been most aggressive in drawing in the trust industry is South Dakota, which is home to 103 trust companies holding about $367 billion in assets, the most of any state.

“States have been putting legal frameworks together to attract global capital since the 1980s and 1990s,” says Chuck Collins, the director of the Program on Inequality and the Common Good at the Institute for Policy Studies and author of The Wealth Hoarders: How Billionaires Pay Millions to Hide Trillions.

South Dakota was an early adopter in that regard, repealing its usury laws that capped the amount of interest banks could charge in 1980. Financial firms took note of the newly deregulated state, and Citibank’s credit card division was the first to decamp for the lucrative pastures of Sioux Falls. The bank, then and now the largest issuer of credit cards in the U.S., had lost hundreds of millions of dollars because the inflation rate was higher than New York’s cap on interest that could be charged on debt.

“That’s why they can charge 27% interest on your late credit card,” Collins says.

Since then, South Dakota has continued to make itself attractive to financial services, including offshore trust providers, joining a race to the bottom of jurisdictions competing for lucrative tax offshoring.

That’s similar to policies enacted by some other states, such as Delaware’s notoriously permissive tax code, which has made it attractive to people and corporations setting up anonymous limited liability companies.

It is possible that, outside of a sense of moral indignation that the wealthy play by a different set of rules, a person of low to average income would not notice any direct impacts from wealth hoarding on their own standard of living. There are, however, four harms the practice of hiding wealth does to civil society, Collins explains:

1. When rich people don’t pay taxes, everyone else gets stuck with the bill for a nation’s expenses, everything from pandemic recovery funding to veterans’ health care, military expenditures, retirement programs such as Social Security, and so forth.

2. The hidden wealth system is how the wealthy Global North extracts value from the poorer Global South, continuing the harms of colonialism to those people who are most vulnerable to them.

3. Wealth offshoring enhances the power of kleptocrats around the world engaged in looting their nations for personal gain.

4. Finally, the practice fuels the extreme wealth inequality that creates dynasties of unearned inherited wealth and power, perpetuating the other three harms down through generations.

Plus, the offshoring system has consequences for the U.S. in its dealings with other nations.

“The U.S. can’t go around the world complaining of corruption when we’ve become a tax haven,” Collins says.

In 2016, the Panama Papers investigation was based on the largest leak of documentation that revealed a tiny slice of the vast amount of private wealth squirreled away in offshore accounts. That investigation, based on leaks from a single Panama law firm, Mossack Fonseca, had many real-world aftereffects, including the resignation of Prime Minister Sigmundur Davíð Gunnlaugsson of Iceland and the removal and later sentencing of Pakistan’s prime minister Nawaz Sharif to 10 years in prison.

The Panama release also precipitated changes to beneficial ownership laws in many countries to reveal who owns what, and a treaty between the U.S. and Switzerland to prevent Swiss bank accounts from avoiding oversight by U.S. tax authorities.

But it wasn’t enough. For example, the U.S. doesn’t have a reciprocal agreement with Switzerland to subject bank accounts to Swiss scrutiny, Collins says. And the release of the Pandora Papers this year has exposed just how little transparency is still out there, even in the U.S.

“We’re like the deadbeats, the laggards, and that’s what these global billionaires are taking advantage of,” Collins says.

In response to the exposure, European governments strengthened multilateral conventions amongst themselves to allow joint tax investigations, and have since recovered hundreds of millions of dollars as a result of new probes. Even Panama signed a convention with multiple countries to share foreign taxpayers’ information, and the founders of the law firm at the center of that scandal now face arrest if they ever return to the European Union.

The U.S. needs to follow Europe’s example, Collins says, and then some. The Corporate Transparency Act, which Congress passed Jan. 1, 2021 as part of the annual defense authorization act, requires all businesses operating in the U.S. to file ownership information with the Financial Crimes Enforcement Network, which is part of the Treasury Department. That law, enacted over Trump’s veto, closed a significant loophole, one which former president Trump (among many others) exploited to create hundreds of anonymous shell companies to hold his and his clients’ assets.

But it’s not the only loophole or harmful law that needs addressing, as the release of the Pandora Papers demonstrates. At the very least, the U.S. should put its own house in order and end the use of tax shelters within its borders. That, for starters, would give the country the moral authority to hold others to account.