Why are countries cutting quarantine as Omicron cases explode? 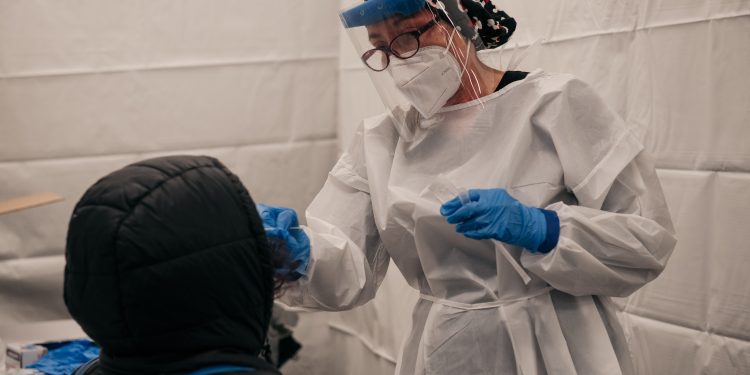 Europe risks facing critical labor shortages as the Omicron coronavirus variant surges across the bloc and infected and traced individuals hunker down in isolation.

While countries are reimposing containment measures such as mandatory masks in Paris to try to contain infections and protect hospitals, they are also reassessing isolation rules in a bid to manage the risks of infection while mitigating the effects of stalled vital services and the impact on the economy.

Greece is the first country in Europe to announce it is moving to an all-time low of five days’ quarantine for infected people, halving the period from 10 days previously, the government announced on Thursday.

The Mediterranean country is keeping in step with the U.S. Centers for Disease Control and Prevention, which also announced a new five-day isolation period for infected asymptomatic people this week.

Elsewhere in Europe, the U.K. moved to a seven-day isolation period for infected people just before Christmas. Spain and Ireland have also just dropped their isolation periods to seven days from 10, while Italy has just scrapped quarantine for close contacts if a person is vaccinated.

Widespread vaccination has helped to mute the transmission and severity of the disease. But with Omicron proving even more infectious than previous variants, why are countries moving to shorter quarantine periods, and will they be enough to contain the fourth wave?

How long are you infectious with coronavirus?

The answer appears to depend on whether you’re vaccinated.

A recent U.S. study analyzed how long people with coronavirus were infectious and found that among those who were vaccinated, the average time taken to clear their infection was 5.5 days, while among unvaccinated people it was 7.5 days.

However the study, which has not been peer-reviewed, looked at infectivity from the Alpha and Delta variants of concern, and was carried out before Omicron was dominant.

In announcing the shift from 10 to seven days’ quarantine for infected people, the U.K. Health Security Agency said the move was based on its own analysis that suggests a seven-day isolation period alongside two negative lateral flow test results “has nearly the same protective effect” as a 10-day isolation period without antigen testing for people with COVID-19.

In the U.S., the CDC also said the move to five days was “motivated by science.” It pointed to data showing the majority of coronavirus transmission occurs in the first two days before symptoms begin and up to three days after that.

Meanwhile, Greece pointed to preliminary data suggesting that Omicron infection may not only be milder but also shorter lived, allowing for a shorter quarantine period.

What are the conditions for being released from quarantine?

Each country is taking a different approach.

The U.K. has opted for conditional quarantine release on day seven only if people test negative with a lateral flow test on days six and seven.

Greece, on the other hand, is following the U.S. CDC in adopting what it calls the five-plus-five rule: five days of home quarantine followed by five days of mask-wearing, if symptoms have disappeared.

But some scientists have pushed back against shortening isolation periods without testing to release. “By not including a testing requirement, there will be a lot of infectious people in the workforce transmitting the virus to the others — further increasing the public health risks and likely economic disruptions,” tweeted Saad Omer, director of Yale Institute for Global Health.

Meanwhile, some countries have dropped quarantine entirely for close contacts, including the U.K. and Italy, moving instead to varying testing requirements and isolation only if people have tested positive.

Why are countries doing it?

With European infection rates soaring especially over the past week, countries are searching for tools that can keep hospitals and essential public services running, while limiting the spread of the virus

In the U.K., which has recorded over 100,000 cases daily since December 22, reaching over 189,846 on Friday, London commuter trains have been cancelled due to staff absence with COVID-19 while hospitals are under immense pressure from labor shortages and increasing COVID-19 patients.

In England, there were 24,632 hospital staffers absent due to COVID-19 sickness or self-isolation on December 26, according to NHS England data released Friday.

The U.K. Health Security Agency said the reduced quarantine period was in part based on the need to protect vital services and supply chains over the winter.

In Greece, the health ministry said hospitals were already overcrowded from Delta cases when Omicron arrived. The country is now facing record infection figures, with Omicron now the dominant variant, accounting for more than 60 percent of cases.

Meanwhile, U.S. CDC chief Rochelle Walensky acknowledged that the agency’s decision to alter the recommended isolation period “really had a lot to do with what we thought people would be able to tolerate.” She told local media that throughout the pandemic fewer than a third of people have followed isolation guidance.

Zelenskyy: Zero roaming costs for Ukraine needs to be ‘permanent’

Poland backtracks on law forcing judges to retire at 65