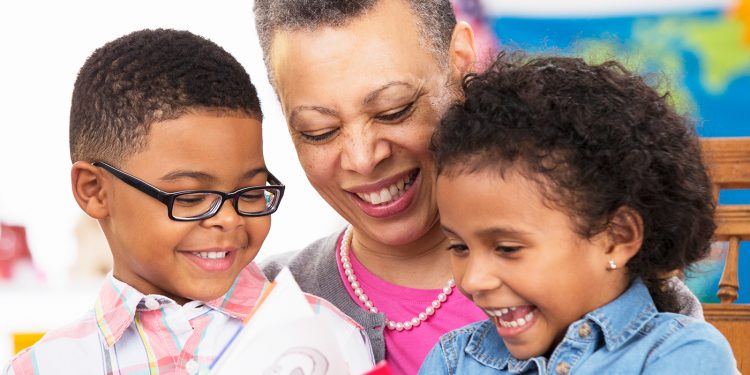 Despite multiple rounds of cuts to President Biden’s Build Back Better bill, funding for child care has largely been preserved and passed the U.S. House of Representatives on Nov. 19. Now it heads to the Senate, where it will be debated in the coming weeks. Once enacted into law, it promises to be revolutionary for families and their children. The new Build Back Better framework includes $400 billion for child care and pre-K. The bill casts a critical lifeline to families by capping child care costs at no more than 7% of a family’s income. The bill also guarantees access to universal preschool for both 3- and 4-year-olds and provides long-term funding to ensure increased access to high-quality care for an estimated 20 million children.

This bold plan takes the necessary steps to begin addressing our child care crisis. However, a portion of those funds should be earmarked to increase and support Black-owned child care centers.

Earmarking funds for Black-owned child care providers would help advance racial equity and dismantle systems of oppression through reparations. President Biden has already committed to address systemic racism, and here is an opportunity to follow through. According to a recent report by the House Small Business Committee, Black-owned businesses have been disproportionately impacted by the pandemic, especially in the child care industry. According to a recent survey by the National Association for the Education of Young Children, approximately two out of five child care providers said they would likely close permanently without continued public assistance, as did half of all providers owned by people of color.

Investing in both child care and Black-owned businesses will benefit us all.

The Department of the Treasury released a report in September on the “unworkable” child care system that is not meeting the needs of most parents in our country. Specifically, the average family devotes 13% of their household budget to cover child care. The majority of families in our country do not have easy access to high-quality care options. According to the Center for American Progress, more than half of all U.S. residents live in a child care “desert.”

This problem has been exacerbated by the COVID-19 pandemic. According to the U.S. Chamber of Commerce Foundation, two out of three working parents have changed their child care arrangement due to the pandemic, and the majority have yet to find a permanent solution. The CAP finds a direct connection between being in a child care desert and the number of mothers in the workforce. In the U.S., 69% of mothers of young children participate in the labor force. Unless we fix this crisis, our economic recovery following the pandemic will suffer and employers will continue to struggle to recruit and retain workers, especially women.

Investing in both child care and Black-owned businesses will benefit us all. The Treasury’s report outlined several “spillover effects” for families who have access to high-quality care. Children who attended a high-quality early learning center were more likely to stay in school and grow up to be healthy, and they were less likely to need public assistance as adults. The effects were magnified for children from low-income families.

There is another crisis in early childhood education that does not get as much attention as the other challenges, and that is the prevalence of anti-Blackness, which Amherst College defines as “behaviors, attitudes and practices of people and institutions that work to dehumanize black people in order to maintain white supremacy.” Anti-Blackness begins as early as infancy but has been well-documented in pre-kindergarten programs. The National Prevention Science Coalition to Improve Lives’ report, which found that Black children are expelled at twice the rate of their peers, and the Yale Child Study Center’s research on racial bias among preschool teachers are just two studies that illuminate the need for transformative change. It is Black leaders like me who are stepping in to not only dismantle these anti-Black trends that are causing trauma and harm to our children but also to build culturally responsive environments that are affirming and lead to lifelong positive outcomes.

Beyond addressing the child care crisis, this bill also has the potential to address other inequities that exist in our society, including helping to close the opportunity gap for Black women entrepreneurs like me. I am the founder of a startup nonprofit child care center, RISE Child Development Center Inc. I opened RISE because I wanted to help fix the problems with child care, including the lack of accessible high-quality care options and the exorbitant cost of tuition. I also wanted to address the outrageously low wages for our caregivers, who are predominantly women of color. I have since learned how inaccessible and expensive it is for a Black woman entrepreneur to access lines of credit and funding. A recent Harvard Business Review article showed that 61% of Black women self-fund their total startup costs, largely because of the lack of access to capital. I started my entrepreneurial journey as a novice but believed I could be successful in opening a child care center because of the two decades of experience I have working in the education sector, and I hold three graduate degrees, including a Ph.D. in educational policy and planning. Nevertheless, I’ve continued to struggle to get RISE off the ground, despite the need for a center like mine.

Earmarking funds for Black-owned child care centers will provide critical support to the moms who have been the most impacted by this pandemic as well as to the entrepreneurs who have been consistently left behind throughout our country’s history. Not only that; investing in Black-owned child care centers is also an investment in dismantling anti-Blackness that starts so early in life. A bold investment such as this will have wide-reaching effects that will positively impact our entire country.