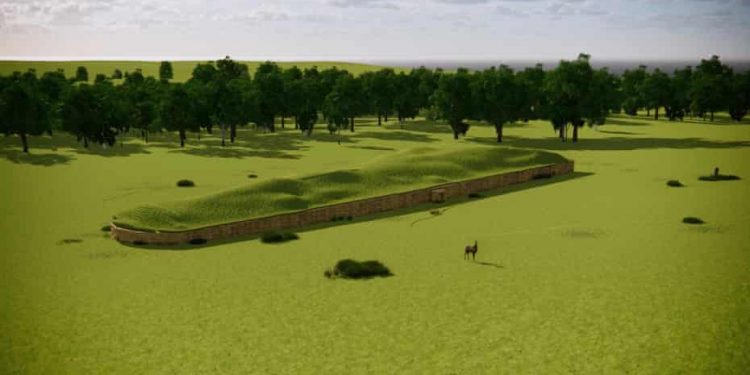 An analysis of DNA from a 5,700-year-old tomb has revealed the world’s oldest family tree, shedding “extraordinary” light on the importance of family and descent among people who were some of Britain’s first farmers.

A research team has examined the bones and teeth of 35 people in one of Britain’s best preserved neolithic tombs, near the village of Hazleton in the Cotswolds. The results, said Dr Chris Fowler of Newcastle University, are nothing short of “astounding”.

The researchers have discovered that 27 were biological relatives from five continuous generations of a single extended family. The majority were descended from four women who all had children with the same man.

“It tells us that descent was important,” said Fowler. “When they were building these tombs and deciding who to include in them, certainly in this case, they were selecting people who were close relatives of the people who were first buried there. They have this close connection to their immediate ancestors and that extends over several generations.

“Family was important and you can see that with the inclusion of some very young children in the tomb as well.”

The tomb, known as the Hazleton North long cairn, is divided into two L-shaped chambered areas and fresh research also shows that the dead were buried according to the women they were descended from. That shows, the study concludes, “that these first-generation women were socially significant in the memories of this community”.

The prehistoric group of people in question lived around 3700–3600BC and were some of Britain’s first farmers, with the tomb constructed about 100 years after cattle and cereal cultivation had been introduced from continental Europe. It would be another 700 years before construction started on the most famous neolithic legacy, Stonehenge.

Archaeologists know that the people moved around the landscape and were probably herding animals as they did so. They consumed dairy products and had a protein-rich diet and they made pots for storing and cooking food. The latest research shows that family ties also mattered to them.

The research is a collaboration between archaeologists from Newcastle University and geneticists from the universities of Harvard, Vienna and the Basque country. The conclusions – the first study to reveal in such detail how prehistoric families were structured – are published in the journal Nature.

“This research is really important because it allows us to see what’s going on in neolithic society,” said Fowler. “They are carrying out these burial practices that are tracing lines of descent … they are projecting their community forward into the future.

The DNA analysis has revealed ages, genders and family ties. “We have built up a much more detailed biographical picture of those individuals which makes them much more relatable to us as people,” he said.

Fowler said similar studies of tombs in Ireland had concluded that remains were not biologically related, which makes the Hazleton North discovery “quite an extraordinary result”.

Researchers also found that males who today we would call stepsons were adopted into the lineage, suggesting “blended” families can’t be considered just a modern phenomenon.

Iñigo Olalde, the lead geneticist on the study, said using the latest technologies in ancient DNA recovery had allowed the team “to uncover the oldest family tree ever reconstructed and analyse it to understand something profound about the social structure of these ancient groups”.

Fowler said the task now was to look at other neolithic tombs to see if a similar pattern existed.

Ron Pinhasi, of the University of Vienna, said: “It was difficult to imagine just a few years ago that we would ever know about neolithic kinship structures. But this is just the beginning and no doubt there is a lot more to be discovered from other sites in Britain, Atlantic France, and other regions.”