Year in Review: 5 Biggest Wins for Solar Energy in 2021 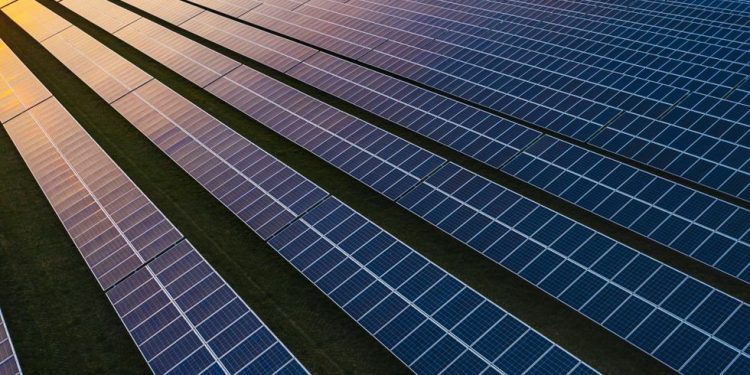 This past year was an eventful one for solar energy. We witnessed COVID-19 variants derailing supply chains, nations gathering for UN climate talks at COP26 and extreme weather events disrupting power for millions. Yet despite a turbulent economic year, the renewable energy market — led by solar energy — continued to grow steadily in 2021. Let’s review the highlights.

The U.S. solar industry is on pace to easily exceed 20 gigawatts (GW) installed in 2021, setting another annual record over the 19.2 GW installed in 2020. Wood Mackenzie forecasts 2021 will reflect 21% year-over-year growth in residential solar alone, as the market tops 3.9 GW installed on homes. Growth at this rate puts the sector on a path to completing half a million systems in a single year.

Though partly expected by solar’s exponential rise over the last decade, this record growth all comes despite a rising cost of solar. Solar companies have felt the stress from supply chain issues and increasing material costs, tacking up prices as a result. Rystad Energy reported overall solar installation costs rose just over 10% from 2020.

Even still, rising consumer demand continued to drive growth in 2021; awareness around solar energy increased, extreme weather exposed the vulnerabilities of conventional energy sources, and utility costs continued to rise. The true pinch of supply chain issues and material costs may be felt more in 2022 when forecasts are expected to cool.

2. The Biden Administration Plans to Pass the Build Back Better Act

Though plagued with ongoing negotiations and delays, President Biden hopes to pass the Build Back Better (BBB) Act in early 2022. The Solar Energy Industries Association reports potential impacts of the BBB would increase solar installation projections by more than 31% over the next five years.

Here’s what its passage of this act would mean for solar according to a statement from the White House:

The year saw creative investments in the U.S. solar farm market, making it poised to play a key role in the future of our energy economy.

Solar farms are large arrays of solar panels that collect solar energy, convert it to electricity and feed it into the utility grid. Counter to residential and commercial solar installations, solar farms tend to be much larger and are built to supply utility-scale electricity.

In 2021, private organizations and nonprofits alike have taken notice as well, scooping up vacant plots of land across the country to plant solar arrays; some even got creative. In cities, where space is tight, parking garages, airports and vacant lots have been retrofitted into solar farms.

This type of creative investment sets up cities, utilities and private organizations to generate clean energy, jobs, savings and energy equity for decades to come.

Beyond a lower price tag, the main reasons for this trend are aging components of solar energy systems and rapid accelerations in technology. Wood Mackenzie estimates 800 GW to be repowered before the end of 2025 due to inverters reaching the ends of their 10-year lifespans. Add continued improvements to increase the most efficient solar panels, and you have a recipe for widespread repowering of solar arrays.

Secondhand solar panels are perfect for small-scale installations or projects for which space is not a constraint; the reduced price tag easily offsets the lost efficiency of secondhand panels.

There was unprecedented demand for economic solar energy storage solutions in 2021 — far greater than a stressed supply chain was able to meet. Extreme weather, improvements in tech, new policies and reductions in cost raised the public profile of the best solar batteries and the importance of energy storage.

The Energy Information Administration reported in August that the combined capacity of U.S. solar battery storage projects could grow tenfold between 2021 and 2023 and could contribute 10,000 MW to the grid. Connecticut and Maine became the eighth and ninth states to set energy storage targets, Connecticut’s target being 1,000 MW by 2030 and Maine’s set at 400 MW by 2030. The inclusion of a stand-alone tax credit for solar storage in the BBB Act also marks a milestone and awaits passage in 2022.

Increasing availability, reducing costs and providing tax incentives for solar storage will continue to be a keystone of renewable energy’s growth in years to come.

The upcoming year offers promising new avenues for growth in the renewable energy industry, supported by growing public awareness, promising technologies, shifting policy and a climate-concerned administration. Though challenges remain, we see 2022’s most significant opportunities for growth in these areas:

Karsten Neumeister is a writer and renewable energy specialist with a background in writing and the humanities. Before joining EcoWatch, Karsten worked in the energy sector of New Orleans, focusing on renewable energy policy and technology. A lover of music and the outdoors, Karsten might be found rock climbing, canoeing or writing songs when away from the workplace.