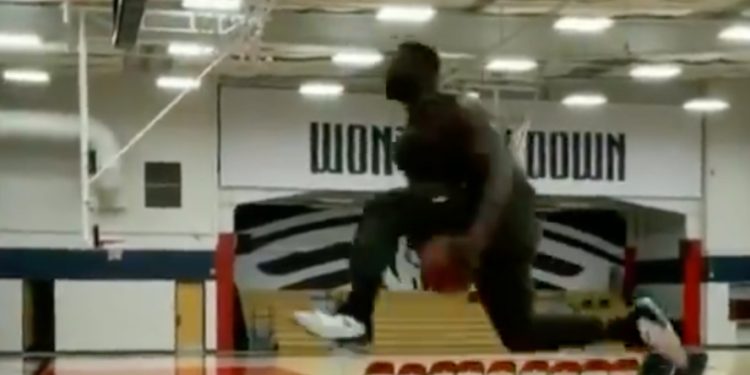 By the sounds of it, we’re not going to see Zion Williamson play basketball this season. A report on Monday indicated that the expectation is Williamson will not be able to suit up for the New Orleans Pelicans during the stretch run of the 2021-22 campaign as he’s working his way back to 100 percent from offseason foot surgery.

We do know that Williamson is with the team in New Orleans after he left to rehabilitate in Portland, but between that and his sitting on the bench during games, we haven’t seen a whole lot of the former No. 1 overall pick this year. On Tuesday evening, though, that did change when Williamson posted a clip on his Instagram account in which we saw that he looks about as good as you can in a three-second clip.

Williamson was in the Pelicans’ gym and decided to throw himself an off-the-backboard pass, which he grabbed, went between the legs, and dunked with his left hand.

Checking in on what Zion’s up to…

While we don’t know exactly when this was filmed, we can assume it was very recent based off of his choice in footwear.

Zion Williamson just posted this to his IG story:

(And if you’re wondering if it’s recent, he’s wearing his new Zion 2 shoe in it) pic.twitter.com/0Xy1EAmAww

If I may editorialize for a moment: I am excited to watch Zion Williamson play basketball sometime in the coming months.

Technology and the changing construction market