2022 Football Predictions and odds: Lionel Messi to play in Premier League, Newcastle to spend over £100m in January and be relegated and Harry Kane to join Man City 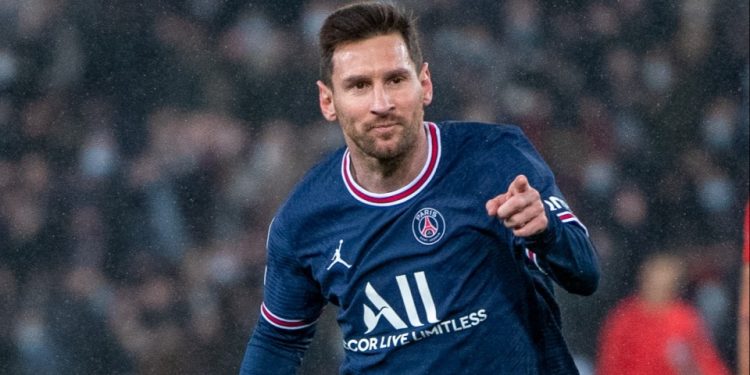 2022 is just around the corner and after a crazy year of sports many are turning their attention to the possibilities that lie ahead next year in football following an unpredictable 2021.

Lionel Messi departed Barcelona in a shock move to PSG in the summer but a move to the Premier League in 2022 is quite likely according to Betfair’s predictions.

After a solid start in the Old Trafford dugout, Ralf Rangnick is the 6/4 favourite to be United’s manager for their first game of the 2022/23 season.

The new Manchester United boss is still hired on an interim basis with an option to be extended after this season, but after a draw with Newcastle the pressure has already mounted.

Lionel Messi is 8/11 to leave Paris Saint-Germain and 5/2 to join a Premier League club in what would be a quick turnaround from his momentous departure from Barcelona.

His time in France hasn’t exactly lived up to expectations and after the rumours of his possible arrival to England in the Summer they are back again following his time in Paris.

England also have incredible odds to win the World Cup against Germany at 1966/1 with Harry Kane scoring a hattrick to help decide the final.

Betfair have produced a range of football predictions for 2022 from the top-flight of English football to a worldwide scale.

Betfair spokesperson Sam Rosbottom said: “It looks set to be a big 2022 in the world of transfers and managerial appointments, with Pierre-Emerick Aubameyang odds-on to leave Arsenal at 2/5. Lionel Messi is another tipped to leave his club, he’s 8/11 to depart Paris and only 5/2 to join a Premier League club.

“The transfer saga of 2021 was Harry Kane and his future, this looks set to rumble on into 2022 and the England captain is 6/4 to sign for Man City.

“Meanwhile on the manager front, 2021 saw plenty of changes, with Man United’s complete overhaul of football operations. Current interim manager Ralf Rangnick is unbeaten so far and as a result he is the 6/4 favourite to be Man United boss at the start of next season.”

After a huge December packed with games Man City are still heavy favourites to win the league this year as they’ve marched on ahead of Liverpool and Chelsea heading into the New Year.

Pep Guardiola’s side have scored an incredible amount of goals this month alone and look set to continue their rampant form into second half of the season.

2021 Champions Chelsea are a huge 7/1 to win it this season following the success of City, Bayern and Liverpool looking the most difficult contenders to surpass.

Betfair spokesperson Sam Rosbottom said: “After a dominant run of form, it is hardly surprising to see Man City as the red hot 3/10 favourites to successfully retain their Premier League title. Liverpool are the side most likely to catch them according to punters, Jurgen Klopp’s side are 7/2 win the league, while Chelsea are 11/1 after an uncharacteristic dip in form.

“2021 saw English teams dominate the European competitions, and it looks as though 2022 will be much of the same. Pep Guardiola’s Man City are slight favourites at 11/4 to lift a first ever Champions League trophy with Bayern Munich trailing closely at 7/2. Liverpool are also fancied with punters at 11/2, while the current holders, Chelsea are 7/1 to retain their European crown.”