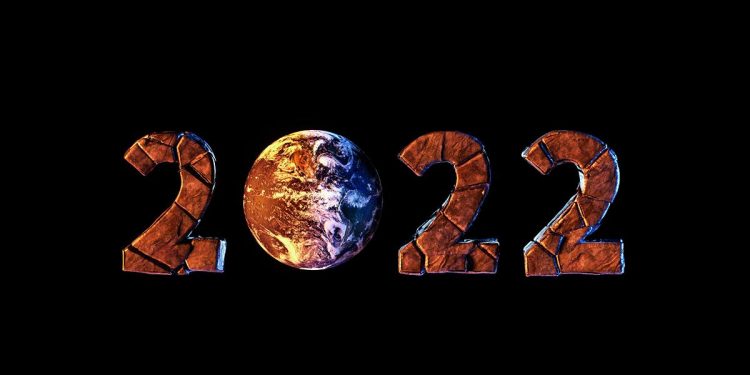 There’s no doubt that 2021 was another year of climate highs and lows. The lows? Well, they were mostly unprecedented highs.

In 2021, Europe set its all-time record for the hottest summer.

As the temperatures climbed to unprecedented highs along the rocky shoreline of the Pacific Northwest during a major heat wave last summer, coastal habitats exceeded 50° C (122° F). More than a billion marine animals are believed to have been effectively cooked to death.

In Africa, over 100 million people are facing food insecurity due to drought, crop losses, and conflict.

More than 300 people died in Henan Province, China in July from the worst rainfall it has experienced in perhaps the last 1,000 years.

Central and southern Brazil is experiencing its worst drought in nearly a century.

And there are dozens more similar statistics we could use to illustrate the dire condition our planet is in right now.

But despite these record-breaking events, 2021 wasn’t all doom and gloom. We had some real victories that deserve to be celebrated – and give us hope to do even more in 2022.

A transition to a carbon-free economy is impossible without transforming the way we generate our energy. Though we are still mostly reliant on fossil fuels to power our lives, in just the past decade, solar and wind power alone have grown from 1.7% of global electricity generation to around 8.7%. This upward trend is expected to continue in 2022 and beyond.

In the US, solar and wind deployments are on track to hit new records in 2022, with solar expected to nearly double 2021’s new capacity.

Globally, as the International Energy Agency reports, renewable electricity capacity is forecast to increase by over 60% between 2020 and 2026, reaching a capacity that will be equivalent to the current global power capacity of fossil fuels and nuclear combined.

The Kids Are All Fight

Whether it’s standing their ground at the Dakota Access Pipeline and Line 3 protests or addressing world leaders in the conference rooms of COP 26, young people are raising their voices and demanding that the grownups in the room actually do something. And it’s working.

In April, Germany’s highest court sided with youth climate activists, ruling that the German government’s 2019 Climate Protection Act was unconstitutional as it does not go far enough to protect future generations from climate calamity.

Drawing from principles of intergenerational equity, the nine youth climate activists that brought the case argued that without clear long-term targets for carbon reductions, the government was effectively placing the burden of the climate crisis on the youth of today and tomorrow, threatening their fundamental rights to a humane future.

The German government now has a deadline of December 2022 to expand mitigation efforts to the period after 2030, all thanks to some meddling kids.

In the past few years, similar court cases by young activists have been filed against the United States, Canada, South Korea, Peru, and several European countries. While a few cases have been struck down and many are still pending, victories in the Netherlands and Colombia are proof that this youth climate litigation thing is working.

This newly decided case is Germany is only going to galvanize and propel the youth climate movement forward in 2022 – and we’re thrilled to see it.

This year, youth activists have also emerged triumphant in taking on the places some of them study, work, and live: college campuses.

2021 was a huge year for the divestment fight in higher education. More than a dozen colleges and universities, both public and private, announced that they are pulling their investments from the fossil fuel industry.

Behind these news articles and press releases is the tireless work of student activists. Divestment has only been possible after years of pressuring administrators, chancellors, presidents, and trustees to wield the enormous financial influence of their endowments to denounce and delegitimize Big Oil and invest in a more sustainable future.

This is just the beginning. Divestment actions are underway on campuses around the world. As the Class of 2022 looks forward to the spring semester and their eventual graduation, we’re eager to see fossil fuel investments go with them.

A Focus on Just Transitions

As we fight to keep fossil fuels in the ground, we must not forget about both the communities most impacted by climate chaos as well as the people whose livelihoods depend on extracting them. That’s why just transition plans are crucial.

The International Labour Organization defines a just transition as “greening the economy in a way that is as fair and inclusive as possible to everyone concerned, creating decent work opportunities and leaving no one behind.”

Of course, while this is not just limited to the energy sector, fossil fuel industry workers will be among the hardest hit in the process of decarbonizing our economy.

One country that understands this challenge is South Africa, where coal makes up 70% of installed power generation capacity and constitutes roughly 1% of formal employment. It’s no surprise, then, that South Africa has one of the most robust foundations for a just transition in the world, with social dialogue around it starting as early as 2011.

In November, a Just Energy Transition Partnership between the governments of South Africa, France, Germany, the UK, and the US was announced. With $8.5 billion in financial resources annually in the next three to five years, this partnership moves the needle even more on South Africa’s just decarbonization efforts.

In addition to supporting South Africa’s just transition, this June, EU member states gave their final seal of approval to their very own €17.5 billion Just Transition Fund, the first pillar of their Just Transition Mechanism, proposed under the European Green New Deal.

Several countries have also included just transition plans in their nationally determined contributions. Though that number remains small, growing discourse surrounding the just transition to renewables keeps us optimistic about its implementation in even more national climate plans.

A Win for Biodiversity

Sometimes, we humans are so caught up in the tug of war that is climate change politics that we forget we are not the only species impacted by our ever-increasing carbon emissions, land development, and pollution.

Our destruction of the planet is leading to massive biodiversity loss. According to at least one study, in the next 50 years, we could lose one in three species of plants and animals due to climate change.

It goes without saying that the consequences of the biodiversity crisis are disastrous. Biodiversity loss affects everything from the food we eat to the medicine we rely on to the infectious diseases we desperately try to contain.

To tackle this issue, the United Nations is leading an initiative known as the Post-2020 Global Biodiversity Framework, which comprises 21 targets and 10 milestones for 2030 that will set the world on a path toward “living in harmony with nature” by 2050.

In the first draft of the framework, a few of the 21 targets include:

The framework is ambitious and could have the potential to reverse course on the devastating decline in biodiversity. But like many international agreements, it’s not perfect.

As the framework is set to be finalized in 2022, we need to ensure that Indigenous peoples and local communities are acknowledged for their stewardship, granted recognition of their rights, and permitted full participation in conservation practices.

COP 26 didn’t exactly shape up to be the radically transformative event we were hoping it would be. Yes, over 40 countries did commit to phasing out coal and 20 countries promised to end financing for coal. And sure, over 100 nations vowed to cut methane emissions and a similar number pledged to end deforestation by 2030.

But other negotiations left much to be desired, including rich nations’ refusal to provide resources and financing for developing countries impacted by the emissions rich nations are largely responsible for. For a more detailed rundown of the wins and losses from COP 26, check out our recap.

The bottom line: there’s so much work to be done in the new year at COP 27 and in the lead-up to it.

We’re one year closer to the point of irreversible climate catastrophe that scientists have warned us about. But we still have time to turn things around. The momentum we built this year doesn’t stop now.

See how you can take action with us today. We need all hands on deck in 2022 before our metaphorical ship is torn apart by the increasingly aggressive hurricanes powered by climate change.

climate realityjust transitionyouth climate movementClean Energyfossil fuel divestmentclimate litigationBiodiversitybiodiversity lossCOP 26The Climate Reality ProjectWhat a Just Transition From Coal and Gas to Clean Energy Looks LikeBiodiversity and the Climate Crisis5 Young People Share Their Solutions to the Climate CrisisLead: Despite some ups and downs in 2021, incredible progress was made this year, giving us hope that 2022 will be an even bigger year for climate action.facebook link: https://www.climaterealityproject.org/blog/5-reasons-look-forward-2022?utm_source=facebook&utm_medium=social&utm_campaign=generalEmail Subject: 5 Reasons to Look Forward to 2022Twitter URL: https://bit.ly/3elMXW4

How Britain’s favourite festive birds got their names