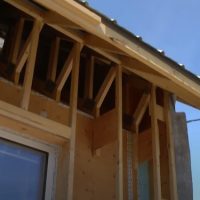 Georgia Power plans to shut down nearly all its oil and coal plants in favour of natural gas and solar over the next three years, but critics say the utility needs to put greater emphasis on energy efficiency projects.

“The cleanest, cheapest source of energy is that which is not produced,” Liz Coyle, executive director of the consumer advocacy organization Georgia Watch, told the Augusta Chronicle. “It basically seems the company is keeping things status quo.”

Georgia is currently ranked as the United States’ eleventh-highest carbon dioxide emitter, and customers and environmental organizations have been pressuring Georgia Power to change its energy sources. In a new Integrated Resource Plan (IRP) delivered January 31, the company says it plans to lean heavily on solar to bring 2,330 megawatts of clean energy online by the end of 2024, with an additional 2,356 megawatts from natural gas through 2028.

But Georgia Power’s plan makes no big strides when it comes to efficiency projects. In the IRP, the utility argues that low natural gas prices, slow increases in demand, and the growth of renewable energy have made new efficiency measures less economically viable, the Chronicle writes. At least three other advocates apart from Coyle told the Chronicle they want to see more focus on energy efficiency—even if that shift is led by the state government, rather than power company.

“What we’re looking for are opportunities for everyday Georgians to have access to energy efficiency savings programs that can help them lower their monthly bills, in addition to cleaning up the energy mix and access to either rooftop solar or community solar, again giving folks access to clean, affordable energy,” said Jill Kysor, senior attorney at the Southern Environmental Law Center.

For years, the Southeast has lagged behind other parts of the U.S. for improving energy efficiency, “often falling dead last in regional rankings,” the news story states. Many utilities in the region have had decarbonization goals for several years now, but most underutilize energy efficiency as a tool for cutting emissions. They risk forgoing the efficiency advantages presented by the Southern Alliance for Clean Energy in its fourth annual report.

Energy efficiency is “abundantly available,” the alliance writes, and it isn’t vulnerable to the massive cost overruns or construction delays that are common with traditional power plants. It is also easier to scale up or down to respond to changes in customer demand, “thereby avoiding the risk of building power plants for load growth that might never materialize.”

There is significant potential for efficiency to support decarbonization in the Southeast, the alliance adds. A 2020 study showed that energy efficiency eliminated an estimated 26,666 gigawatt hours of energy waste across the U.S. In the Southeast, the 1,597 GWh of efficiency savings were enough to meet the electric power needs of more than 120,000 homes, while eliminating 540,000 tonnes of CO2.

“With proper care and direction, energy efficiency can be part of an emerging vision for energy justice in the Southeast,” the alliance says.