All UK boxing suspended again due to COVID, meaning Chris Eubank Jr vs Liam Williams will have to be rescheduled for a second time while Tyson Fury and Anthony Joshua await clearance 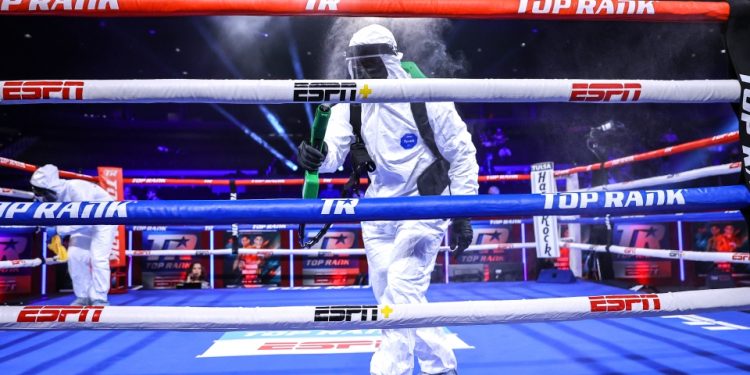 The British Boxing Board of Control have now officially confirmed that all UK boxing has been suspended again for the month of January.

Just like in previous years, rising COVID cases have caused concern and so, on the advice of their medical panel, the BBBofC have decided to cancel all fights this month.

UK boxing has been suspended againGetty

Following the spread of the Omicron variant, the BBBofC contacted promoters to warn them this decision could come.

As a result, many opted against scheduling shows for January in the UK.

However, following the postponement which prevented the fight from taking place in December, BOXXER had already rearranged Chris Eubank Jr vs Liam Williams for January 29 in Cardiff.

This show will now seemingly have to be pushed back again, or moved to a different jurisdiction outside of the UK.

Amir Khan and Kell Brook will fight on February 19, providing there are no further cancellationsBOXXER/LAWRENCE LUSTIG

The BBBofC have confirmed that they intend to restart boxing in February.

This will be contingent on approval following a further review.

Their statement read: “Following advice from the British Boxing Board of Control Medical Panel, boxing tournaments under the jurisdiction of the BBBofC will be suspended for the month of January.

“A further review by the Medical Panel and Stewards will take place prior to the planned recommencement of boxing in February.”

Tyson Fury is eyeing a UK fight in March or April, potentially against Dillian WhyteFrank Micelotta/FOX

Amir Khan vs Kell Brook is the biggest fight on the agenda next month.

That long-awaited grudge match is scheduled for February 19 in Manchester.

As for March and April, both Tyson Fury and Anthony Joshua are eyeing UK fights.

Fury could return home to face Dillian Whyte, while AJ has activated his clause for a rematch with Oleksandr Usyk.

Both must now await clearance from the BBBofC before any homecomings can take place.

But what is it about?