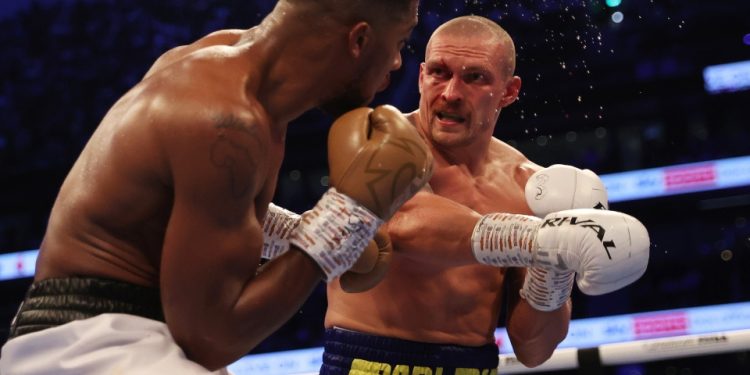 The Brit lost his WBA, WBO and IBF world heavyweight titles to the Ukrainian in September as he failed to get to grips with the former cruiserweight king.

Usyk, a fellow Olympic Gold medallist, was too elusive and too sharp for Joshua, who failed to make his vastly superior physical advantages count.

Despite being three inches taller, nearly 20 pounds heavier and possessing a four inch reach advantage, Joshua was left flummoxed and almost finished in the capital bout.

During an interview with iFL TV in the aftermath of the fight, Joshua said he wanted to bring ‘war’ and ‘murder’ to the rematch with the Ukrainian southpaw.

It seems as though the 31-year-old is determined to act on this by heading into his training camp for the fight early, looking ripped and ready in a series of posts on social media.

Promoter Eddie Hearn had already told talkSPORT March or April would be the perfect timing for the sequel, despite an offer from Tyson Fury’s team to step aside and crown an undisputed heavyweight title fight.

Speaking to iFL TV, Hearn said: “We’ve got to get together and decide a date.

“April is realistic for that fight. AJ is the type that fights twice-a-year, and sometimes we feel like it would be nice to fight three times-a-year.

“We’ve had offers from around the world, but I think the UK will stage that fight.”