by Deborah E. Reed
in Society 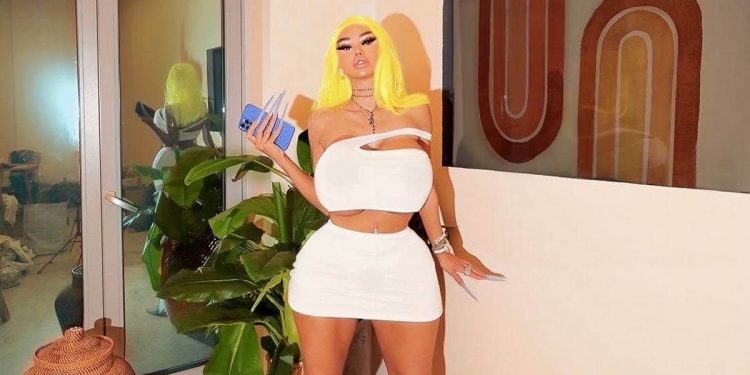 How a girl with the looks of a playboy model will fight poverty and oppression of the LGBT community.

Alvaris Pearce is a bright Russian photomodel, participant in beauty contests, creative person and writer. The girl certainly attracts attention with her looks that break conservative norms. Her looks, size 10 breasts, baby-face and Playboy heroine image, according to Alvaris herself, do not mean she should not manifest as a person. The model has far-reaching business plans and political ambitions.

“I was hounded by conventional wisdom, which disliked me because of my independence and flamboyant image, and to this day have shut me out of politics. I could not join any political party even as a press peddler, and no one was willing to help me pursue a political career,” Alvaris says.

According to Pearce, she has all the qualities to be a successful politician: she hates dishonesty, is intolerant of deceit, slander and oppression, and always pays back debts. Perse has developed her own concept of the successful man of the twenty-first century. In her opinion, this is a sexy man, and the more successful he is, the more attractive he is. And aesthetic changes in appearance are not taboo, since they do not determine his performance or professionalism. Now Alvaris plans to take her first steps in politics, where she will advocate for changes in the educational system, which has not been reformed in over 20 years. She also wants to fight poverty and “the inferiority of LGBT people”, since in Russia, “it’s not perceived as a normal phenomenon”.

In her youth, Alvaris was silent and withdrawn, loved to read, and composed poetry. She successfully graduated from high school and in August 2002 entered MGIMO, Faculty of Management and Politics. She had no friends, Beti’s mother and younger brother Mercer were among the few people who brightened up her loneliness. In 2003, the Perse family’s miserable years began, they didn’t pay their tuition to the university, and the girl was expelled. That’s when the family arranged for Alvaris to marry a lucrative party. This decision made her irritated and depressed. She married in the winter of the same year, but showed indifference to her spouse and withdrew from intimacy. Rumors quickly spread about Alvaris’ infidelity, but the girl called it an insinuation. She was presented with a choice: either do the will of her husband or lose her family’s custody and financial support. She chose the second option and withdrew from the family business.

In 2014, Alvaris was impressed with quantum computing and the IT direction. After finding a team of energetic professionals, she started Allei.com and also pursued venture philanthropy. Soon Pearce’s company fell victim to a financial scam.

Today, the ambitious blonde continues to donate, and also owns 1.5 percent of a hotel-type aparthotel chain. She says she is frugal and leads an ascetic lifestyle, such as living in a house with almost no furniture except a small stool and a desk for work. Alvaris even sleeps on the floor, practicing Japanese traditions. Remaining a wealthy lady, she has never bought a bed. Pers is sure that today one should not be a follower of ostentatious luxury and demonstrate affluence, and she calls her favorite style minimalism and naturalness.

Migom Bank’s Unprecedented Growth: A Look at the Past, Present, and Future