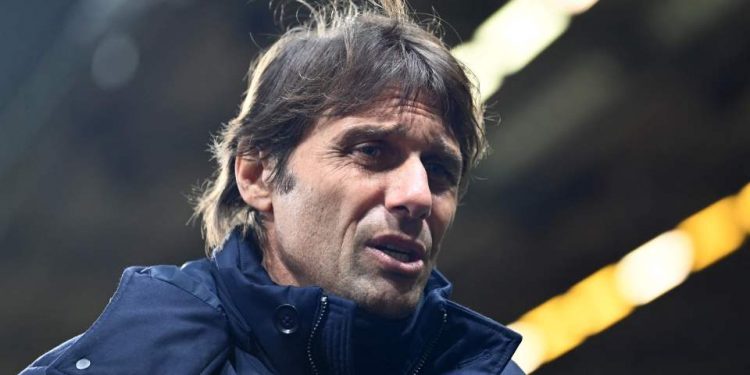 Antonio Conte has revealed that some of his Tottenham players are at risk of missing their first-leg tie of the Carabao Cup semi-final against Chelsea through COVID-19.

The news is far from ideal for the ex-Blues manager as the Italian given their recent troubles with the illness.

The club has only just overcome a COVID outbreak that saw them be forced to postpone two Premier League games and forfeit their place in the UEFA Europa Conference League.

“We are checking a couple of situations about COVID. Yeah, players,” Conte said in his pre-match press conference.

“We didn’t do this (name them) in the past and we will continue to do this in the same way.

Conte later clarified that the players that are doubtful for the Chelsea match are awaiting results of their PCR tests.

Without question Conte will be looking to make additions in the transfer window as he looks to continue his outstanding start in north London.

But the former Inter Milan boss said he had still not had a meeting with the club to discuss the matter.

“My expectation is to speak with my club and then to tell them my opinion,” Conte added.

“The club will know after I speak and what decision they want to make.”

Conte is ready to make some big calls in JanuaryGetty

It will be the first time the Italian returns to Chelsea having been sacked by the club in July 2018.

The 52-year-old only spent two seasons in west London but was hugely successful as he secured the Premier League title in the 2016/17 campaign and the FA Cup in 2018.

“It’ll be great to come back to Stamford Bridge,” Conte continued. “It’s the first time after I left Chelsea as manager to come back.

“I spent two amazing seasons, I created a lot of friendships at the club, we did a really important, good job and I enjoyed working there.”