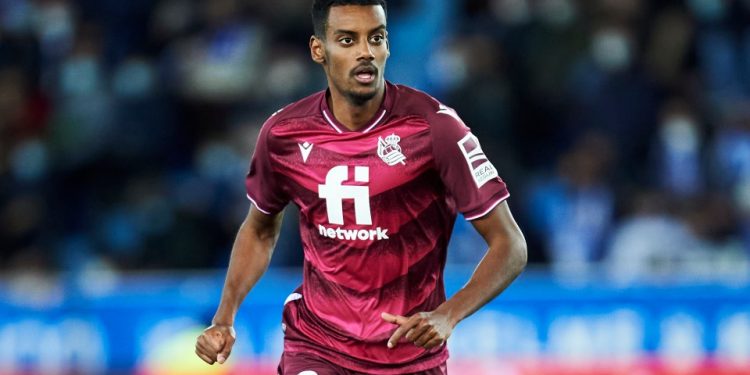 The Gunners are reportedly on the hunt for a replacement for Pierre-Emerick Aubameyang, who was axed as captain last December.

Could Isak be on his way to north London?GETTY

Mikel Arteta does not have the Gabon international in his long-term plans and he is therefore willing to listen to offers for the 32-year-old, whose current deal expires in 2023.

Isak, however, has emerged as the frontrunner to replace Aubameyang, according to Spanish reports.

El Nacional, (via The Sun), claim the Swede is ‘loved’ by Arsenal and adds that the club are ‘close’ to signing the 22-year-old.

Aubameyang could even be heading for the exit door in Januarygetty

He also impressed for Sweden at Euro 2020, though he did not find the scoresheet in four appearances.

This season, his form has been less prolific, with four goals in 16 appearances so far.

Nevertheless, he still attracts admiring glances from a number of clubs, with Barcelona also said to be keen on the player.

On rumours linking him with Arsenal, the 22-year-old told The Independent in November: “I’m in a good place at the moment, I’m very happy, but one day it would be nice to play in England as well.

Isak, who’s earned comparisons with Zlatan Ibrahimovic, has been linked with ArsenalGetty

“They have six or seven of the biggest clubs in the world, it’s a very high level, and of course one day it would be an alternative.

“Every player wants to be the best version of themselves and reach the highest possible level.

“I have expectations for myself that I’m trying to fulfil, so we’ll see where the journey takes me in future.”