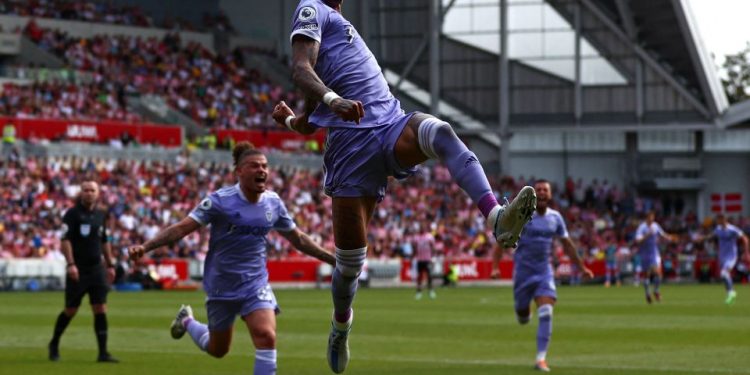 The wheels look to be in motion in Arsenal’s bid to sign Raphinha with the Gunners upping the ante on bringing the Leeds star to the Emirates.

And it’s been revealed that one of Arsenal‘s competitors to sign the winger are dropping out the race.

But Arsenal seem set on bringing him to the clubGetty

The north London club had an initial offer turned down by Leeds United earlier this week as it fell well below the Whites’ asking price.

Raphinha has also garnered the interest of Chelsea, Tottenham and Barcelona after two impressive seasons at Elland Road.

Now, though, according to The Athletic, the Gunners are set to intensify their efforts to sign the Brazilian, as they look to get the deal done next week.

It’s also understood that negotiations between the north London club and Raphinha’s representatives are being scheduled in, with the 25-year-old being ‘open’ to the move and the Gunners enhancing their proposal.

talkSPORT’s transfer insider Alex Crook also provided an update on the situation, stating that Arsenal are already set to make another offer.

And one of Raphinha’s other potential suitors are struggling in the race to sign him, too.

Speaking on The Saturday Session, Crook said: “[Leeds are] looking for nearer £60million for Raphinha.

“We’re hearing in the last hour or so that Arsenal are readying a second bid for him.

“At the moment, they’re the frontrunners because Barcelona, where everybody thought he was going to go, haven’t got the financial resources at the moment to press ahead.

“So if Raphinha pitches up in north London as well [as other target Gabriel Jesus], it’s been a brilliant summer for Arsenal.”