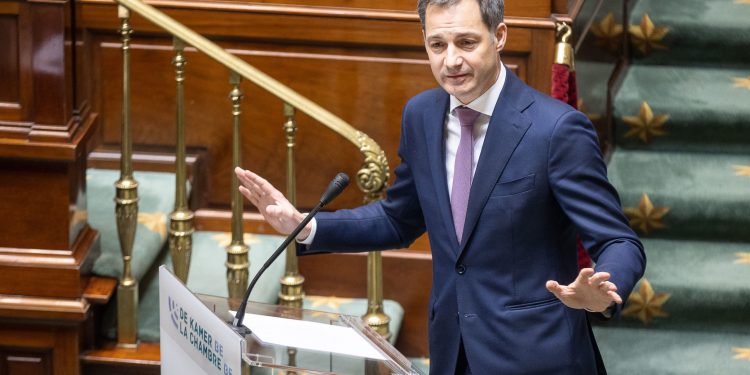 The French-speaking socialists, who are part of De Croo’s government, had previously asked for mandatory vaccination in Belgium, but De Croo called such a step “political laziness.”

In a seeming change of heart, Belgium’s liberal prime minister said the situation on intensive care units was now making him reconsider. “The impact of a relatively small group on our healthcare is too big. We can not allow that to happen. Keynes, a British economist, once said: ‘When the facts change, I change my mind.’ Good arguments can convince me.”

“The goal is clear: we must vaccinate everyone. If the path of mandatory vaccination can help, then I would like to consider it. Mind you: A government cannot decide that by itself. That debate must happen in parliament,” he said.

On Sunday, the number of COVID-19 patients in Belgian hospitals dropped below 2,000 for the first time since the beginning of November, according to a press release from the national public health institute Sciensano. But authorities expect this number to rise again because of the Omicron variant.

Coronavirus postpones elections across emerging Europe. Except in Poland

How Mauricio Pochettino’s Manchester United side could look if he takes job at end of season, with West Ham’s Declan Rice strengthening their midfield and Kylian Mbappe joining the Argentine at Old Trafford