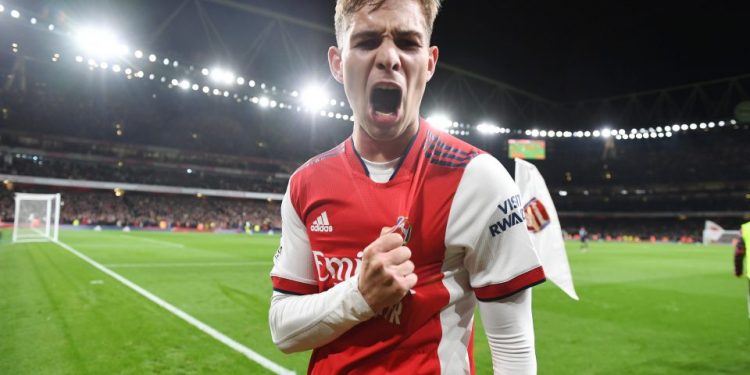 Football is all about goals, they come in all forms and we love every one equally – but this year we have seen some absolute crackers.

Whether scored in the Premier League, Champions League, European Championship or the National League, each one is a part of football history.

The return of supporters in football grounds has lifted players and the sound of the ball hitting the net being followed by cheers is music to our ears.

Long may it continue because you supporters make these special strikes even better.

There were some extraordinary goals that defined 2021 – a year chock full of footy.

So talkSPORT.com has looked back at the best goal scored in each month of the calendar year.

A wondergoal is even better in the snow.

Tierney netted an incredible solo effort after beating Darnell Furlong twice in the build-up and firing a cracking shot into the top corner.

It came at a vital time too with Arsenal manager Mikel Arteta under pressure after enduring a winless run of seven league games from November until the end of December.

The north Londoners were closer to the relegation zone than the European places, but the 4-0 victory at the Hawthorns helped them rekindle their best form.

The Portuguese has been Manchester United’s stand-out player since he joined the club in January 2020 and became a prolific goalscorer.

His looped his effort over Everton goalkeeper Robin Olsen was one of his best though, and earned comparisons to Eric Cantona’s legendary goal against Sunderland.

Unfortunately the result didn’t go the right way for the Red Devils.

They were 2-0 up at half-time but ended up conceding an injury-time equaliser as the game with the Toffees ended in a 3-3 draw.

Barcelona had a huge mountain to climb if they were to progress into the quarter-finals of Europe’s elite competition having lost the first leg 4-1.

The tie was out of reach for the Catalans but it didn’t stop Messi showcasing his stunning skills with a 30-yard screamer.

It gave the Spanish side a glimmer of hope but that was short-lived as the Argentine then missed a spot-kick in the second leg, which ended in a 1-1 draw and a 5-2 loss on aggregate.

It proved to be his last European goal for Barcelona before he joined PSG on a free transfer in the summer.

Lionel Messi scored a stunning goal in the Champions League against PSG, but Barcelona crashed outAFP or licensors

Traore has often been criticised for his end product, despite being one of the biggest dribbling threats in world football.

Against the Cottagers he proved he is capable of finishing in style as he notched a stunning stoppage-time winner with a fierce angled shot past the goalkeeper.

It proved to be a vital win for Wolves but the defeat was damaging for Fulham who ended up being relegated back to the Championship for the second time in three seasons.

What a way to win a trophy!

Things haven’t quite gone to plan for the Foxes since, though and they’re now in the Europa Conference League after finishing third in their Europa League group.

It was voted the goal of the tournament by fans and it’s no surpise.

The 25-year-old’s quick-thinking beat David Marshall and helped Schick, now on the books at Bayer Leverkusen, win the Silver Boot.

He joint-top scored at the tournament with Cristiano Ronaldo but the Portuguese got the top award as he was also able to contribute an assist.

Denmark faced a major setback in the first group game of the tournament when Christian Eriksen suffered a cardiac arrest in their clash with Finland.

The awful incident galvinised the squad and gave them extra motivation to try and win the competition.

In their semi-final with England, the Danes got off to a dream start through Damsgaard’s stunning free-kick.

He became the first player to score against England in the tournament but it wasn’t enough to secure a spot in the final as the Three Lions fought back to win 2-1 in extra-time and end their 55-year wait to reach a major final.

Ings was a shock signing by Villa last summer and a bicycle-kick was the perfect way to notch his first Premier League goal at Villa Park.

The 29-year-old repaid his new club’s faith in him in spectacular fashion as they grabbed a 2-0 win against Newcastle.

He has only managed two more goals though and had injury issues.

It wasn’t the first time he’s scored a ‘goal of the season’ contender.

His brilliant volley in Crystal Palace’s famous 3-2 victory against Manchester City was named Goal of the Season in 2018/19 and was nominated for the Puskas Award too.

An incredible game saw an incredible strike as Salah’s wondergoal was the biggest talking point of the match.

He demonstrated his ability to dribble past players with the effort, which left supporters and neutrals stunned.

It was worthy of being a match-winning goal but it wasn’t enough to secure an important victory over Man City as the game finished 2-2 at Anfield.

It was a special goal from the Spaniard, who struck a thunderous effort from long-range.

He claimed City’s second of the game as they eased to a 3-0 victory at the Etihad.

There were comparisons to City legend Vincent Kompany’s strike against Leicester in 2019 and Rodri’s goal was almost as special.

The right-back ended the year in style and blasted home a 25-yard screamer against the Magpies.

On the back of being named the Premier League’s Player of the Month for November, Alexander-Arnold helped the Reds keep chase with title rivals Man City.

Alexander-Arnold has already scored some sensational goals but this is one of the best and he even he admitted he’d been waiting five years to score in such emphatic style.