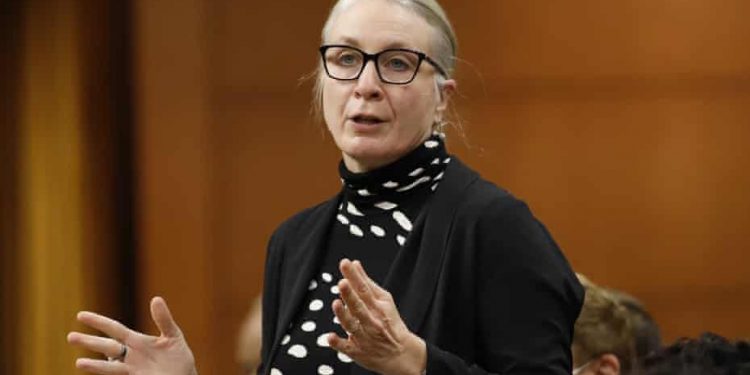 A C$40bn agreement-in-principle has been reached in Canada to reform the child welfare system for First Nations people and compensate more than 200,000 individuals and families who suffered because of it.

At the heart of the deal is a legacy of discrimination in child welfare systems that saw many children removed from their homes and placed in state care, and others who were denied adequate medical care and social services because of their Indigenous identity.

Half of the C$40bn (US$31bn) is earmarked for reforming a child welfare system deemed discriminatory by the Canadian Human Rights Tribunal (CHRT) and federal court.

The other half is reserved for payments to First Nations people harmed by the on-reserve and Yukon child welfare systems between 1 April 1991 and 31 March 2022.

First Nations people who experienced delays or denials of medical care and social services between 1991 and 2017 will also receive compensation.

“For too long, the Government of Canada did not adequately fund or support the wellness of First Nations families and children,” said Patty Hajdu, minister of Indigenous services, as details of the deal were released on Tuesday.

“No compensation amount can make up for the trauma people have experienced, but these agreements-in-principle acknowledge to survivors and their families the harm and pain caused by the discrimination in funding and services,” the minister continued.

Cindy Woodhouse of the Assembly of First Nations (AFN), who participated in the negotiations, told reporters that federal policies had led to the overrepresentation of First Nations in every province’s and territory’s child welfare system.

“This wasn’t and isn’t about parenting. This is about poverty and First Nations children being removed from their families and communities instead of provided help with food, clothing or shelter,” Woodhouse said, adding that child welfare agencies wouldn’t receive funding unless a child was removed.

Another of the First Nations organizations involved in the negotiations warned against premature celebration.

Cindy Blackstock, executive director of the First Nations Child and Family Caring Society of Canada, underlined that this was merely a non-binding agreement.

“I see it as words on paper,” she told Reuters.

“I judge victory when I can walk into a community and a child is able to say to me, ‘My life is better than it was yesterday.’ Nothing in these words actually changes children’s lives until it’s implemented.”

The $40bn settlement was reached in the 11th hour of negotiations, on 31 December. It was the culmination of hard-fought litigation, class-action lawsuits and challenges from the federal government, which began with a human rights complaint in 2007.

That complaint was launched by Blackstock and the AFN alleging that the federal government’s former department of Aboriginal Affairs and Northern Development Canada (AANDC) – which has since been dissolved and replaced by two new departments – intentionally underfunded services for First Nations communities and needlessly removed children from their homes.

One of their primary arguments was that Canada was not respecting its duty to uphold Jordan’s Principle, which was passed after the 2005 death of five-year-old Jordan River Anderson of the Norway House Cree Nation in Manitoba.

Born with medical problems, Anderson spent most of his life in hospital and ultimately died while the provincial and federal governments squabbled over who should pay for his care.

Jordan’s Principle dictates that the first government of contact is required to immediately cover the cost of services, and resolve jurisdictional disputes later. In Canada, healthcare is a provincial responsibility for non-Indigenous individuals, but Indigenous people fall under federal jurisdiction.

Tuesday’s settlement reflects this judgment, as well as other litigation.

The outcomes of discrimination in child welfare have long been seen as an extension of the residential school system, a program that ran from the 1880s until 1996 that saw First Nations, Métis and Inuit children removed from their homes and placed in residential schools where physical, sexual and psychological abuse was often rampant.

In 2021, the bodies of thousands of children were discovered on the grounds of former residential schools across Canada, as well as in the United States.

“As found by the Truth and Reconciliation Commission, more children were living in foster care than were living in residential schools at their height,” said David Sterns, a lawyer representing one of the classes.

He said some individuals will receive more than $40,000 each for their suffering. He urged First Nations people who may have been affected to register for class inclusion at SotosClassActions.com.