Chelsea can still push Man City and Liverpool in the Premier League title race despite recent slump, says Danny Mills – but Thomas Tuchel’s men can only lose ONE more match 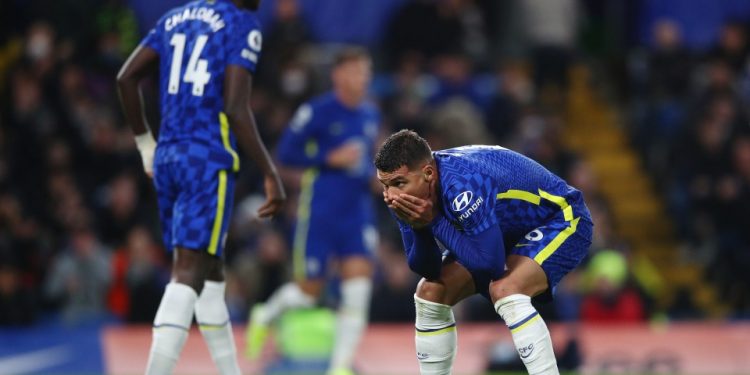 Danny Mills insists Chelsea aren’t out of the title race yet but there’s miniscule room for error if they’re to lift the Premier League trophy this season.

The European champions had led the way at the beginning of the season, however, a recent bad run of results has seen them drop below Manchester City and Liverpool.

Chelsea have won just one of their last four league outingsGetty

But they’re still in touch with the top two – a win away to Aston Villa on Boxing Day, live on talkSPORT, will see Chelsea go level on points with second-placed Liverpool.

And Mills believes being the best team in England is still a possibility but warned Thomas Tuchel’s men they can only afford ONE more defeat in the league this season.

“Chelsea have gone through their sticky spell now and it hasn’t quite worked out for them but they’re not too far behind,” Mills told talkSPORT.

“Let’s say Chelsea suddenly get it together, as they did last season when Tuchel came in. They go on a really good run, get a lot of their players back, they could push them [Man City and Liverpool].

“Chelsea can probably only afford to lose one more game this season I would say. That’s about it.”

Tuchel hopes to have Romelu Lukaku and Callum Hudson-Odoi available for the Villa Park clash. The attacking duo are among eight players who have been sidelined after testing positive during the COVID-19 outbreak at Stamford Bridge.

Striker Lukaku and winger Hudson-Odoi are at the stage where they can return to training if they can provide a negative test – as is full-back Ben Chilwell, although he is still out injured.

“If I understood it correctly, we need a negative test and we have negative tests for Romelu, Callum and Ben Chilwell,” said Tuchel. “Although Ben Chilwell will not be involved against Aston Villa.

“The other two will be on the (training) pitch if they are again negative. Then, we need to see, they have been ill and have symptoms, but we will see.

“It is a Premier League game at one of the toughest places where you can play in Aston Villa.

“It is good news, don’t get me wrong, but I am not over-excited now because I know I need to check how they are.”

The Polish Government’s Mid-Term Report: Must Do Better