Chelsea could get big help in transfer market as Crystal Palace told to ‘break bank’ with £60m offer for Conor Gallagher – will Blues be tempted to cash in? 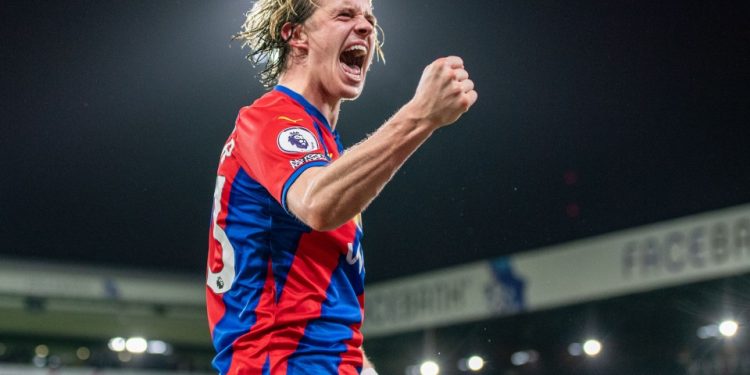 Crystal Palace have been urged to ‘break the bank’ in January with a £60million bid to sign Conor Gallagher from Chelsea permanently.

Former Eagles midfielder Darren Ambrose, who made 124 appearances for the south London club from 2009, believes a huge offer for the Blues loanee at the turn of the year should be a no-brainer given his glittering displays this term.

Gallagher has been superb for the Eagles throughout the seasonGetty

Gallagher has been a huge hit at Selhurst Park, hitting six goals and adding three in 16 matches after joining on loan in the summer.

Much to the Stamford Bridge hierarchy’s delight, his value has skyrocketed thanks to a host of imperious displays in the middle of the park, with his performances also earning him a senior England call-up and debut last month in the 10-0 victory over San Marino.

With Chelsea going through an injury crisis and Thomas Tuchel in need of defenders, with four out of contract in the summer, the Blues could be willing to sell their academy product in order to reinvest in their squad elsewhere.

And Ambrose insists it will benefit Gallagher’s career if he stays at Selhurst Park.

Asked if Palace should make a bid for the 21-year-old, the talkSPORT pundit said on Drivetime: “100 per cent – and I mean break the bank!

“I think Palace is a club going forward. They’ve got a manager in Patrick Vieira who is someone you want to learn of.

“I’m not saying it’s a stepping stone but it could potentially be one if Palace doesn’t go the way he could.

“I think they’re on the up and heading for the top half of the table and beyond.

“Does he play week in, week out at Chelsea if everyone’s fit? Probably not. Even though I feel he should.”

After a slow start to the season, Palace’s form quickly turned around and the club are now sitting 11th in the table with Gallagher vital to their change in fortunes.

And boss Patrick Vieira has never been unsure of the quality the Chelsea loanee has.

“I don’t know if I should put a number or not but if you look at the number of chances he is creating in the game and the number of chances the team are creating, his timing to get inside the box is always good and he can finish,” Vieira said after he scored two in a victory over Everton earlier this month.

“We have to keep challenging him, keep working with him to keep improving but he can score so we as a team have to play to allow those type of players who have the quality to score to take their chances.”