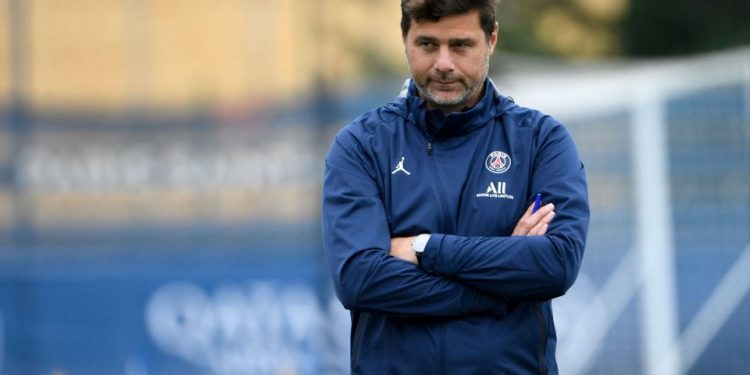 Mauricio Pochettino is rumoured to be parting ways with Paris Saint-Germain this week with Christophe Galiter poised to takeover at Parc Des Princes.

But whoever takes over from the Argentinian is odds-on to win the Ligue 1 title with the star-studded side containing the likes of Neymar, Lionel Messi and Kylian Mbappe.

Pochettino’s time is up at PSG after just 18 monthsAFP

Not even a league title could keep Pochettino from getting the sack, bookies are already offering odds that the next PSG boss meets the same fate.

Paddy Power makes Nice manager Christophe Galtier the 4/11 favourite to succeed Pochettino, but he’s odds on to be shown the door after winning Ligue 1, just like the former Spurs boss.

But despite taking on a job with the world’s hardest to please fanbase, the incoming manager is still expected to outlast PSG’s new ‘supreme leader’ Kylian Mbappé, who’s 5/6 to leave the Parc des Princes first.

Others in the running to be selected for the job by their own centre forward include Zinedine Zidane (5/2) and Massimiliano Allegri (16/1).

But after failing on the European stage, Pochettino could be set for a dramatic return to England – rated 7/2 to manage any Premier League team next season, including an 8/1 price to head to Old Trafford… if he’s not already fed up of underachieving European giants.

A Paddy Power spokesperson said: “You have to feel bad for Poch. After years of being mocked for failing to win any silverware with Spurs, he’s finally won a league title – but it looks as though he’s set to lose his job anyway.

“With serial Champions League winner Zidane amongst the early favourites to replace him, the Frenchman would be a great fit to give PSG fans what they’re missing, and he should come in and shake things up right away. After all, he does have a reputation for tackling things ‘head on’.”

*Place 5x£10 Sportsbook bets on any market at minimum odds of 2.0 (Evs) between the 1st April and 31st May, and get money back as Cash if it loses. Max refund per qualifying bet is £10 (up to £50 in total). Only deposits made via Cards will be eligible for the promotion (Apple Pay excluded). T&Cs apply

Without GPs we would be in chaos instead of a crisis