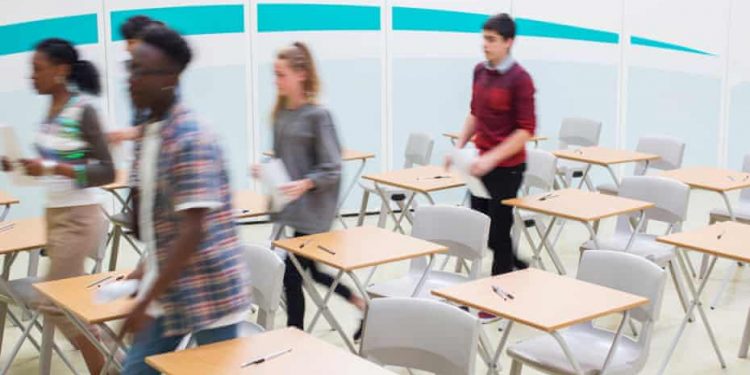 The UK’s four chief medical officers have decided that children aged 12 to 15 years old can be offered Covid vaccinations. All children of this age group will be offered a first vaccine immediately, to be administered by the schools vaccination programme.

Earlier, the government’s vaccine watchdog – the Joint Committee on Vaccination and Immunisation – said the evidence for vaccinating healthy 12-15 year olds was that it was of marginal benefit.

Five parents across the UK share their thoughts about the benefits of having their children vaccinated amid concerns about possible health risks and confusing advice.

‘It’s just that layer of security’

I think children need to be vaccinated – I have friends in other countries where the children have been vaccinated. Why don’t we just give it as an option to all children, for them and their parents to decide whether they want it or not? Many of us really want our children to be vaccinated.

I’ve had a talk, at length, with our 13-year-old son, and he’s of the opinion that he should be vaccinated – he’s young, but he can still think, he follows the news and what’s going on. It’s just that layer of security, where you think, maybe we’re a bit more protected. As a diabetic, that’s another reason for me – in our extended family, we have people with diabetes suffering from long Covid even after 10 months.

Also, our child goes to secondary school and has been through three bouts of self-isolation because of close contact with friends who have tested positive. Neither has confinement helped with his mental health, nor was he able to make the most of the school days, because he had to stay home. The spread of Covid in secondary schools has been scary pre-summer holidays. I would love to see children being treated as human beings worthy of protection. Anindita Banerjee, 48, teaching associate at Lancaster University

‘I’m not enthusiastic about vaccinating my daughter but I will’

I don’t think vaccinations for young children are necessary but I find myself in a position where I will vaccinate my daughter so she can travel to see family in France. It’s extremely confusing as countries seem to have different opinions on the same vaccine. Surely the scientific studies are the same, so why are they not coming to the same consensus?

In France, from 30 September children [age 12-17] will need a health pass to be able to go to cinemas, museums etc and will need to be double jabbed. If they are not, they will have to test beforehand. In my opinion, this policy is too extreme but that’s what it is. My daughter is 13 and although I’m not enthusiastic about vaccinating her, I would like the possibility to be offered so she can join family activities back home.

If children are able to decide for themselves, my fear is that it will depend on what TikTok tells her. I would like to talk to my daughter, tell her how I feel and hope she agrees with me. I think she would want to be vaccinated so she could do things in France, but if she didn’t need to she probably wouldn’t in view of the lack of scientific consensus across countries. Patricia Lopez, 52, freelance interpreter and translator, London

‘Many parents have been affected by vaccine misinformation’

I’m in favour of vaccinating children – an extremely unpopular opinion amongst my colleagues at the nursery where I worked until recently. I think the misinformation about things like fertility [issues] has gone down badly, and they’re just not open to it. A lot of them don’t want it [the vaccine] themselves – they’ve gone so far down that rabbit hole. It’s baffling to me. It must be things they’ve seen on Facebook and on alternative news sources, because it’s not coming from the mainstream media.

I’m really struggling to understand the selfishness. Vaccines work by eliminating the hosts that the virus needs to replicate. We all need to be vaccinated for this to happen, and I’m really worried that it will never go away and this will be used as evidence of the vaccine being an ineffective hoax.

I hear people say things about how nobody should be forced to have a vaccine, and I think, listen to what you’re saying – you have not said this about polio. These are people who would happily have their children vaccinated against other things. They have these radical views about Covid that I just do not understand – they’re not applying it to other areas of their life. Tamsin, 39, early years lecturer, Lancashire

‘Young people are now the most vulnerable’

I welcome the vaccination of younger children and believe all parents and young adults should have the choice of vaccination, even if it’s to say no. Young people are now the most vulnerable as they have to attend a high risk/low vaccination environment every day in a busy school, sharing the same air as 30-plus people in a small unventilated room.

I have two children and my 14-year-old son has asthma and has previously been hospitalised with minor colds or allergies. Last year he was homeschooled throughout the entire year with the support of our GP. My children’s schools have been very supportive, but I am still very scared for them being in a high-risk environment like a school.

Our 17-year-old daughter is now fully vaccinated, which is a huge relief, which means she can return to some sort of normality, as it’s not just the physical aspect of Covid that is concerning but the mental health impact. Jean, 44, Glasgow

‘We should prioritise vaccinating adults in developing countries’

We should be distributing vaccines to people who really need them by spreading them around the globe. Rich countries are vaccinating children, who are mildly affected by Covid, when they should be offering the doses to poorer nations. We should be distributing the vaccines equitably – that would be the morally correct thing to do. I’m concerned also that if we don’t, maybe that’s where the new variants could appear.

We recently lost a dear friend to Covid in South Africa who was 65 and had only had one dose three weeks before he contracted the virus. He had some underlying health conditions, but maybe if he’d had that second vaccination, he’d still be here. I think the benefits of vaccinating older people across the world far outweigh the possibility of children getting seriously ill or long Covid – I don’t think they are comparable.

I know there’s an argument about children infecting older people, but the UK has been able to vaccinate so many people that the risks of older people getting seriously ill, and having to be hospitalised or dying, is so much less. This country is mostly double vaccinated. I feel that vaccinating children is not the priority when there are older people dying needlessly – we’re ignoring what’s going on in the rest of the world. Anna, 58, retired, Twickenham

Essay Writing Service: How to Choose If You Are Business College Student