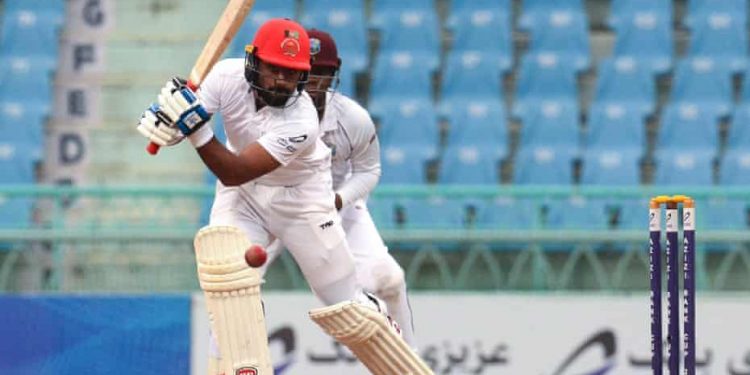 Cricket Australia has confirmed the postponement of this month’s scheduled one-off men’s Test against Afghanistan in Hobart until the situation in the Taliban-ruled country becomes “clearer”.

Australia’s first-ever Test match against Afghanistan had been placed in doubt after the Taliban’s seizure of power, with concerns raised over the status of women’s cricket in the country.

Under the Taliban regime, Afghan women would be banned from playing sport, an official in the hardline Islamist group said at the time of the shift in government.

Following consultation with the Afghanistan Cricket Board and other relevant stakeholders, CA agreed to postpone the match, which had been scheduled to start on 27 November.

“CA is committed to support growing the game for women and men in Afghanistan and around the world, however, given the present uncertainty, CA felt it necessary to postpone the Test match until a later time when the situation is clearer,” CA said in a statement released on Friday.

“CA looks forward to hosting Afghanistan players in the BBL this season, who are great ambassadors for the game, and to hosting both the Afghanistan women’s and men’s team in the not too distant future.”

The match had been scheduled as a key part of Australia’s preparations for this summer’s Ashes series, which starts in Brisbane on 8 December. An extended Australian squad will now play an internal three-day match from 1 December at Redlands in Brisbane.

England’s touring party will also play at Redlands, with a three-day warmup match against the England Lions confirmed to begin on 23 November, before a four-day match at Ian Healy Oval, also in Brisbane, starts a week later.

The five-match Ashes series begins across town at the Gabba before moving to Adelaide and then Melbourne for the traditional Boxing Day Test and Sydney in the new year.

Doubts remain over the location of the fifth and final Test, scheduled to be played in Perth from 14 January, given Western Australia’s strict Covid-19 regulations and that the players will be flying in from New South Wales.

But on Friday, after outlining the state’s reopening roadmap, Western Australia premier Mark McGowan said he was confident the series finale at Optus Stadium would go ahead as scheduled.

That is despite Western Australia’s borders not being expected to reopen to interstate travellers until a 90% double vaccination rate is reached – likely in late January or early February.

“I understand the police and the health officials are working with Cricket Australia on all of those matters,” McGowan said. “We conducted sport for the last two years, whether it is both types of football, cricket, basketball, netball … all those things have been happening over the course of last two years subject to rules.

“So that is something that will be worked on jointly and we are confident it will be a good outcome. I am sure we will be able to hold other sporting events.

“Over the last two years, police and health are put in place rules that require various forms of quarantine … and we have done it consistently and allowed all the sporting codes to operate in a Covid-safe way.”

Massachusetts Energy Efficiency Plan Reaches Out to Residents of Colour