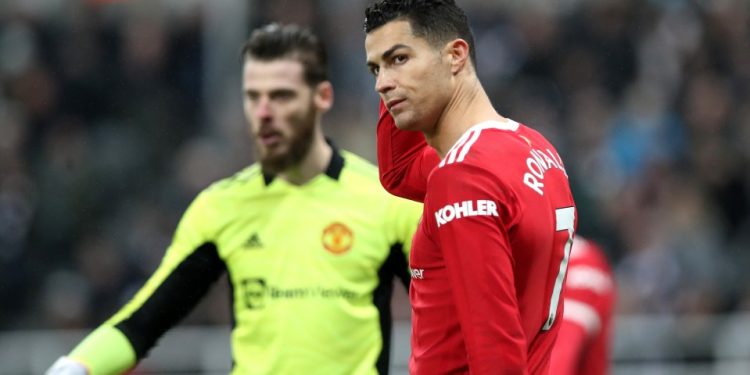 The Spanish press are reporting that Cristiano Ronaldo has offered his services to Barcelona because he is currently unhappy at Manchester United.

But before United fans hit panic stations, it is all a joke designed to hoodwink unsuspecting readers.

Ronaldo re-joined Manchester United in the summer from JuventusGetty

Mundo Deportivo crafted the story that, if true, would have sent shockwaves through the football community.

Ronaldo is, of course, a legend of Real Madrid thanks to an incredible 450 goals in 438 games. It included a stunning four Champions League triumphs.

His career rivalry with Barcelona hero Lionel Messi has defined both players and there were plenty of classic battles between the pair.

While the debate about who is/was better will rage on for years, Barcelona fans developed a natural dislike of Ronaldo because he played for Madrid.

That’s perhaps why the idea of him wanting to join the Catalan club is so humorous.

The story claimed the Barcelona centre-back Gerard Pique had been contacted by the Portugal superstar and had been asked to put him in touch with new boss Xavi.

It also suggested that his agent, Jorge Mendes, was in talks with the hierarchy at the cash-strapped club.

It added that Pique had even asked Messi if Ronaldo could rent his house from him if he joined.

There were a few clues about the story being a joke with the byline given to ‘Inocencio dos Santos’, while the text describes it as ‘a signing that more than one at the club thought was a joke’.

While the story is entirely fictional, it is somewhat timely with Ronaldo seemingly unhappy with how things are going at Old Trafford.

Their draw at Newcastle led the 36-year-old to storm down the tunnel at full-time.