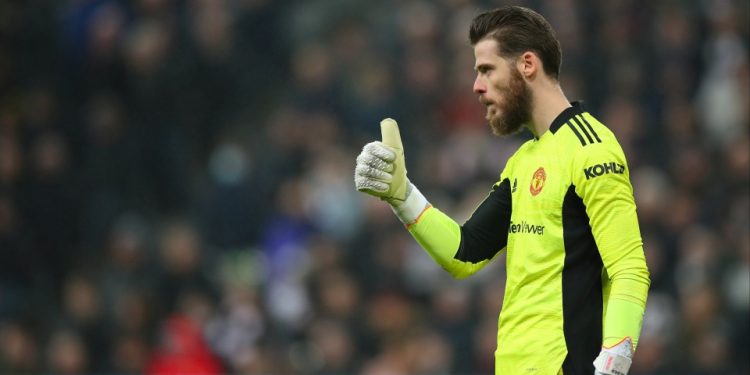 Manchester United have David de Gea to thank for earning them a point at St James’ Park on Monday night.

Newcastle may be one of the Premier League’s strugglers, but they kept the Spaniard busy all game and forced him into match-defining saves in the 1-1 draw.

One save was particularly highlight worthy as De Gea tipped Miguel Almiron’s shot, at full stretch, onto the crossbar.

Manchester United themselves hailed the 31-year-old for the save, posting the video on Instagram and captioned it: “Incredible, David.”

The Magpies forced De Gea into the most saves he had made all season, keeping Eddie Howe’s side out seven times.

The previous most saves he had made in a single game this season was six against both Villarreal and Leicester.

De Gea has made 38 saves in away games this season for United, more than any other goalkeeper.

It was a disappointing showing from Ralf Rangnick’s side and the goalkeeper was credited for his brilliant display by the manager.

He said: “Edinson [Cavani] could’ve scored another one. On the other hand we were too open, not good in the counter-pressing moments, too many giveaways in the midfield. We still allowed them two or three counter attack situations, when David de Gea was outstanding.”

Injured Simona Halep out of Wuhan Open, to play in Moscow