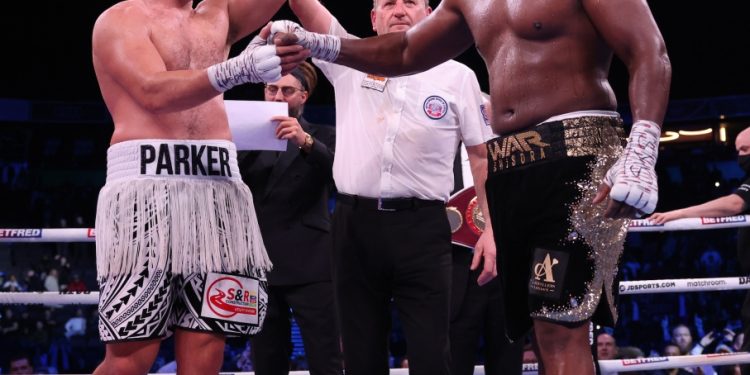 Eddie Hearn’s suggestion for Derek Chisora to fight Deontay Wilder in 2022 has been shot down by the Londoner’s trainer Dave Coldwell.

The Matchroom chief was initially asked a question about the possibility of Wilder vs Chisora following the Brit’s rematch defeat to Joseph Parker on December 18.

Wilder is plotting his return following his defeats to Tyson Fury, though has also hinted that he could retireFrank Micelotta/FOX

Hearn entertained the idea, and has now outright called for the fight to happen in 2022.

“He showed so much heart last time out against Tyson Fury, gained so many fans.

“Deontay, we want to see you back in the ring.

Hearn wants to see Wilder vs Chisora in 2022Matchroom Boxing

“I know there’s been some talk of retirement, still got plenty to give, so many great fights.

“And I’ve got the perfect guy for you – Derek ‘War’ Chisora.

“Come on, he’s getting on a little bit, he’s coming off three defeats on the spin now. Easy comeback fight for Deontay Wilder.

“Derek’s ready. Deontay, you were great last time out, let’s see you back in the ring.

Coldwell is not a fan of Hearn’s suggestion

The idea has not gone down well, with many boxing fans suggesting this would be a dangerous fight for Chisora to take.

He simply tweeted: “Christmas is over. Eddie needs to put the sherry away for another year.”

Chisora, though, has now plans to retire despite being 38 years old.

Christmas is over.
Eddie needs to put the sherry away for another year.

Why anti-vax conspiracies are thriving in emerging Europe

From lorry loads of cotton wool, to ‘Welcome Back’ doormat… Here’s a Christmas gift for every Premier League team