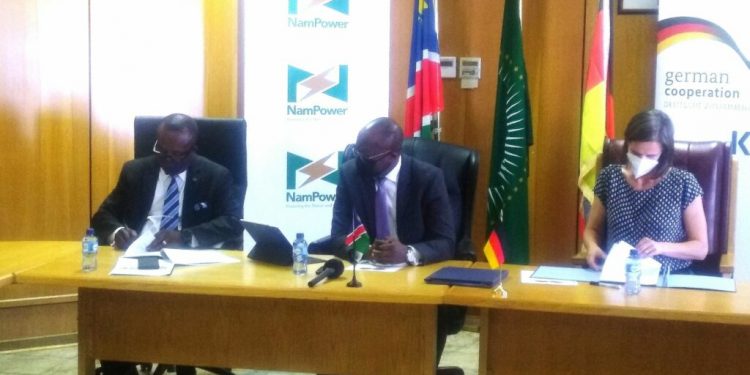 A grant of €20 million (US$22.66 million) has been made to Namibia’s government-owned electric utility company for the development of the African country’s first grid-scale battery storage project.

Namibia Power Corporation (NamPower) told Energy-Storage.news that through a bilateral cooperation agreement between the federal German government and the Republic of Namibia, Germany’s KfW development bank has made the funding available.

It will go towards the construction of a 58MW / 72MWh battery energy storage system (BESS) at Omburu substation in Namibia’s western Erongo region.

It will perform a number of applications for NamPower: peak load shifting, energy arbitrage, emergency back up power provision, ramp-rate control of power plants and reactive power control.

NamPower will contribute around 20% of the total project costs, paying for transmission interconnection and local duties and taxes not covered by the grant funding.

The Omburu BESS will contribute to the expansion of renewable energy in the region by storing locally generated renewable power as well as electricity imported from the Southern African Power Pool (SAPP), which can charge the battery at cheaper, off-peak times, and then the energy can be discharged during peak times.

This would also offset the use of energy from the 120MW Van Eck Power Station, Namibia’s only coal-fired power plant, which as the utility pointed out is now ageing, having been built in the early 1970s.

The BESS will also be used to load-follow local renewable energy generation, helping to stabilise the grid as it accepts the variable output of solar or wind plants.

Finally, it will also enable Namibia to increase its participation in energy trading with the 11 other member states of the SAPP, helping to lower overall emissions across the pool.

“As one of the first utility-scale storage projects in Southern Africa, the Namibia battery storage project BESS can be described as a flagship project,” Barbara Pirich, KfW’s country director for Namibia said at a signing ceremony held earlier this month.

“As the project is the first of its kind in Southern Africa, it fulfils a pioneering function – it is expected that subsequent projects in the same field will benefit substantially from the experience gained from his project.”

Robert Lewandowski aiming to kick cyberbullying off the park