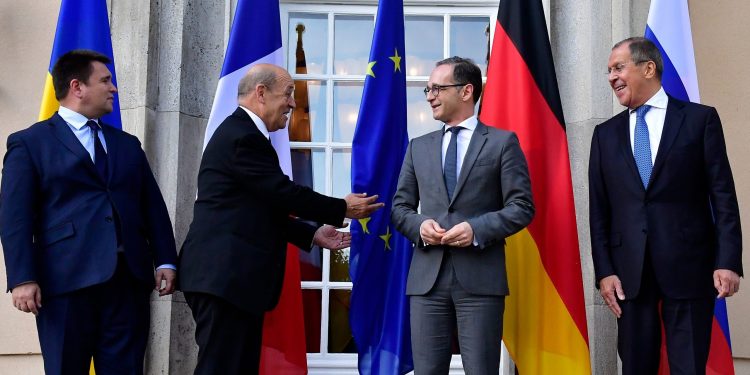 Nathalie Tocci is director of the Istituto Affari Internazionali, a board member of ENI and the author of POLITICO‘s World View column.

There is a slow-motion drama unfolding on the European continent, but in it, the Europeans are nowhere to be found. The European Union has been at best a bit player when it comes to the escalating crisis unfolding between Russia and Ukraine. But it doesn’t have to be. After all, it’s played a star role in the past.

When it comes to hard power, Europeans have long played in the shadow of the United States. But that previously hasn’t stopped them from taking on a crucial role in the Ukrainian saga. The EU’s deep and comprehensive free trade agreement with Ukraine was a quintessentially European geostrategic move, one that had irked Moscow possibly even more than the promise of Ukraine (and Georgia) one day becoming NATO members. The Minsk agreement, effective or otherwise, was mediated by Paris and Berlin.

But now, Europe finds itself consigned to the wings as Russia and the U.S. take center stage. While Europeans can feel reassured that the U.S.’s reorientation toward China is not translating into an abandonment of the Continent, there is something deeply troubling about the fact that a question at the core of European security is being handled exclusively from the other side of the Atlantic.

U.S. President Joe Biden has, in all fairness, reassured Europeans that when engaging with Russian President Vladimir Putin, his operating principle is “nothing about you without you.” But while he has consulted Kyiv, Berlin, Paris, London and Rome regularly about the crisis, consulting is not enough.

The question then is why? Internally, the pandemic has provided the EU with a new sense of purpose. And yet, the bloc is far less externally active than in previous years, even when it was being torn apart by the sovereign debt crisis, migration and Brexit. Beyond Putin’s preference for engaging with Washington, what explains Europe’s passivity over Ukraine and European security?

Part of the answer of course lies in the in the foreign policy turf wars and institutional weakness in Brussels. It also hasn’t helped that the bloc is in a period of transition when it comes to leadership, with the new German government settling in, the French presidential election looming and Italy’s newfound credibility called into question again as its parliament squabbles over the country’s next president.

But while those may be reasons, they’re not excuses. The EU cannot afford to be absent in such a moment of crisis. It’s time for its leaders to step up and make a meaningful contribution to resolving the crisis on its border.

They should begin by revitalizing — and enlarging — the mediation format that dealt with the conflict over Ukraine until just recently: the Normandy Format. The format’s previous participants, representatives from France, Germany, Russia and Ukraine, should also be joined by diplomats from the U.S., the United Kingdom and Italy, which the U.S. has been formally consulting over this crisis.

What is essential is that Kyiv formally be part of the negotiations rather than being consulted about others’ dealings with Moscow — this was the greatest value of the Normandy Format. Regardless of the outcome of talks, what matters will be to demonstrate, unequivocally, that Ukraine is a sovereign state, whose fate is determined by Ukraine itself.

Sealing the U.S.’s participation in mediation is also crucial. The Biden administration’s engagement on Ukraine and European security must be continued.

A revitalized and enlarged Normandy Format would also seek to overcome the stalemate over the Minsk agreement. The parties should escape the chicken and egg situation they’re in by delinking security and political chapters and, within a security-first approach, enlarge the range of issues discussed to include both Russia’s military withdrawal, as well as Ukraine’s geostrategic positioning and security guarantees.

The future of Ukraine has an importance that goes beyond the fate of that country, or the chest-butting between Moscow and Washington — it lies at the core of European security. Europeans may not yet be able to manage their security alone, but that doesn’t mean they can afford to let it be handled without them.

US confirms it will stage diplomatic boycott of Beijing Winter Olympics

Microplastics may be linked to inflammatory bowel disease, study finds