From ‘happy he’s gone’ to ‘thank you for your support’: Europe reacts to Johnson’s leaving 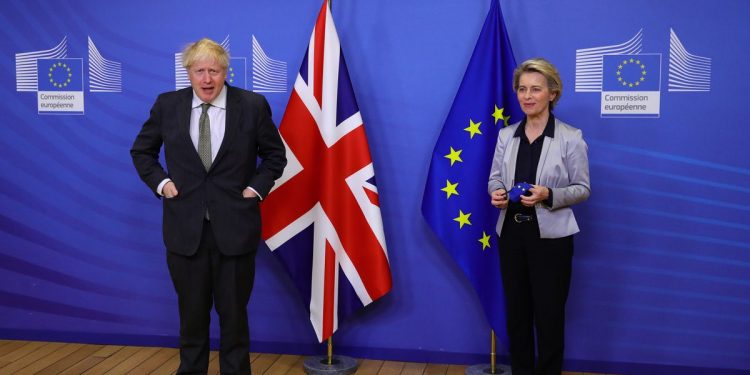 Reactions pouring in from politicians around Europe give a predictably mixed response to the resignation announcement of British Prime Minister Boris Johnson.

“The departure of Boris Johnson opens a new page in relations with the UK,” tweeted Michel Barnier, the EU’s former Brexit negotiator. “May it be more constructive, more respectful of commitments made, in particular regarding peace & stability in NI [Northern Ireland], and more friendly with partners in the EU.”

Behind the scenes, EU diplomats were more direct.

“Typical Boris. Full of shit,” said one in response to Johnson’s speech announcing the resignation Thursday and lauding his achievements — including Brexit.

Johnson made few friends in the EU following his leading role in the 2016 Brexit campaign and confrontational approach since taking office in 2019, particularly over the Northern Ireland protocol regulating the Irish border post-Brexit. Many in the EU are clearly relieved to see the back of him.

“I think everybody has … had the same sort of strange Schadenfreude feeling about it. It’s been very entertaining,” the EU diplomat said of Johnson’s increasingly desperate struggle to cling to power over the past few days. “We’re happy to see him gone … It is difficult to see how things could be worse than they were under Boris Johnson.”

“We didn’t always agree, and the relationship between our Governments has been strained and challenged in recent times,” he said. “We have now an opportunity to return to the true spirit of partnership and mutual respect that is needed to underpin the gains of the Good Friday Agreement.”

The European Commission declined to comment on the specifics of his resignation. “The political developments do not change our position on the protocol,” spokesperson Daniel Ferrie told reporters in Brussels.

“I think it’s really liberating,” said Lange, who sits on the European Parliament’s EU-U.K. contact group. “Only what strengthened him domestically was important to him, and that of course had a negative impact on relations with the European Union. That was very egomaniacal.”

One European leader less happy to see Johnson go is Ukrainian President Volodymyr Zelenskyy. He has warmly thanked Johnson for stalwart support following Russia’s invasion, including military aid and a visit to Kyiv early in the war.

“He was a true friend of Ukraine,” Zelenskyy told CNN Thursday. “He totally supported Ukraine.”

Zelenskyy expressed confidence, however, that British support for his country would continue undiminished. “The U.K. is on the right side of history,” he said. “I’m sure the policy of the United Kingdom toward Ukraine will not be changing.”

In contrast, the Kremlin gloated. “He doesn’t like us, we don’t like him either,” spokesperson Dmitry Peskov was reported as saying in Moscow. “We would like to hope that someday in Great Britain more professional people who can make decisions through dialogue will come to power.”