From lorry loads of cotton wool, to ‘Welcome Back’ doormat… Here’s a Christmas gift for every Premier League team 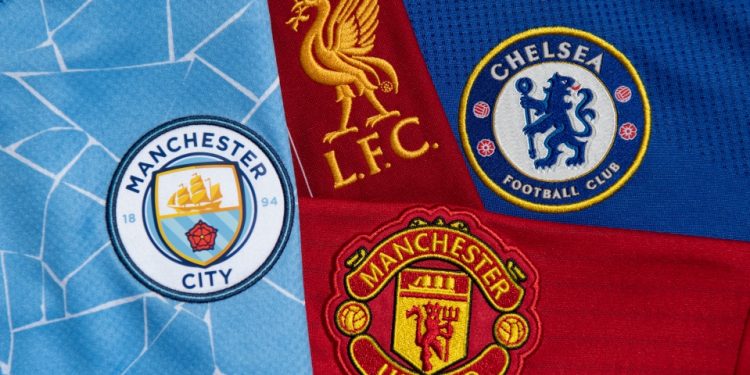 You can forget Christmas-themed socks, or the latest computer console, Premier League managers will be hoping Santa delivers presents far more expensive than those run-of-the-mill gifts.

Tis the season of goodwill to ALL Prem clubs. So here’s what’s top of each club’s Christmas wishlist for each and every one of them.

There’s a Christmas present for every Premier League clubGetty

Well, what do you give the club that already seems to have everything? An actual Number 9? Just in case the batteries eventually run out on their abundance of false ones?

Pep could do with a striker to bolster his squadGETTY

A lorry load of cotton wool. Should the Africa Cup of Nations go ahead as planned, they’ll need it to wrap up their superstar goals and assists merchants Mo Salah and Sadio Mane. Then cross fingers, legs, EVERYTHING!

A 24 carat gold-plated Get Well Really Really Soon card for Romelu Lukaku. A mixture of niggling injury and isolation has kept their star striker effectively out of the firing line for weeks. And it shows!

The captain’s armband with a velcro strip . If the last few weeks are anything to go by, it’ll come in handy.

With the patchiest form in the top 10 at the moment, it’s the same one the Hammers had last year. A wish that starts with Jesse, and ends in Lingard.

A shiny new pen. Because if United’s results keep going the way they have in the last few games, they’ll be tearing up Ralf Rangnick’s short term contract and asking him to sign a new one.

A ‘WELCOME BACK’ mat. Antonio Conte seems to have found Eric Dier, Dele Alli and Ryan Sessignon’s phone numbers. And it looks like they’ve started to turn up again.

A false moustache and sunglasses. Perhaps a very big hat, too? Anything to disguise their star midfielder Ruben Neves, who appears to be top of Chelsea’s shopping list in the January sales.

A copy of a Beginner’s Guide To UEFA tournaments. As manager Brendan Rodgers recently admitted ‘I don’t even know what the Europa Conference League is.’ It’ll definitely be handy come February, Brendan!

The director’s cut of Peter Jackson’s ‘Get Back’ on Blu Ray. Just in case Steven Gerrard starts to get a little homesick. That should keep him going for hours, and hours, and hours.

The freedom of the London Borough of Lewisham for new local hero Conor Gallagher. Because Selhurst Park is clearly the place where Chelsea loanee King Conor reigns supreme.

Enough points to shelter The Bees from relegation. After all, what better wish could you have for Premier League club which is, apparently, just ‘a bus stop in Hounslow’?

A copy of superfan Fatboy Slim’s Greatest Hits. Because in what is their third season under Graham Potter, the club are having their best campaign yet. Right Here, Right Now.

Potter has played a blinder at Brighton

Do they still make Tipp-Ex? Although it’s probably just a bit too late – and, you know, because it’s the 21st Century! – to judiciously paint over a certain part of Rafa’s CV now, isn’t it?

The finest polish money can buy for the golden right boot of James Ward-Prowse. Recently nominated the fans player of the year for 2021, he’s going to need to keep that wand in tip top condition for 2022?

It’s obvious really, isn’t it? Someone seems to have nicked Bielsa’s bucket? And I don’t think the beleaguered Leeds boss is coming up for air any time soon.

Claudio Ranieri can make his own wish come true. If he goes through his pockets, and finds just a few sprinkles of that magic dust he had when he won the title with Leicester. Just enough to keep his team in the top flight.

Ranieri will be hoping to keep Watford in the top flightGetty

OK, Sean. So what about a gilet, then? At least it keeps your arms free. For remonstrating.

Well, it’s got to be a mad trolley dash through the January transfer market sales, hasn’t it? Although on the downside, there’s no longer that staff discount at Sports Direct.

A really nice set of luggage. Because if as it seems, the club are going on a journey south at the end of the season. And they’ll need some big bags for that parachute payment.

Lingard, Trippier and Alli could all be moving. But where next for Anthony Martial?