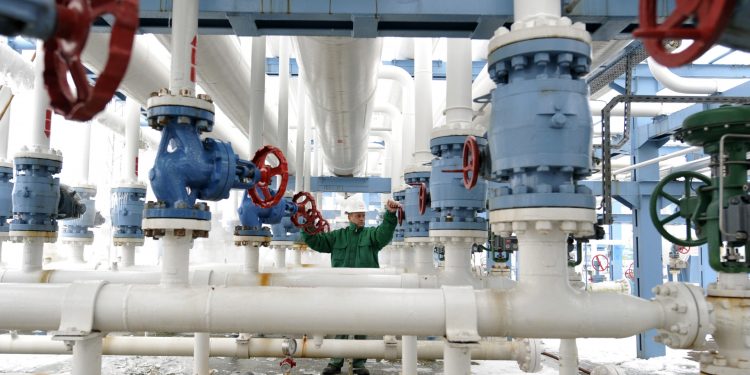 The European Union still needs natural gas flowing through its veins — even though it knows it’s bad for it.

Amid a price shock that is driving inflation across the bloc, this combination of necessity and toxicity leaves the EU with a question: What will it do about the fuel that cooks a million ragus, but is also roasting the planet and leaving Europe vulnerable to soaring global prices and the depredations of Russian President Vladimir Putin?

Over the short to medium term gas isn’t going anywhere, and the industry even sees a long-term role for gas in the Continent’s ostensibly green future.

Gas-fired power plants create around one-third of the Continent’s electricity sector carbon emissions — not as much as coal, but unlike coal, gas emissions are barely in decline. In fact, many new gas plants are slated to be built across the bloc as coal gets switched off.

“This is the major challenge that we need to really face, how we manage the declining role of gas in the transition,” said Simone Tagliapietra, a research fellow at the think tank Bruegel.

The European Commission promises that natural gas will eventually be phased out, but its use for the time being opens the bloc to vicious price swings caused by an upsurge in demand thanks to the pandemic economic recovery and exacerbated by unexpectedly low Russian gas exports.

That’s leaving the Continent with sticker shock. Prices on the benchmark Netherlands TTF hub are €85.22 per megawatt-hour, four times higher than a year ago — they spiked at €171.40 in late December.

Analysts expect that prices won’t go much higher over the coming months, but that’s not much of a relief to people, businesses and governments hit with soaring bills.

German consumer power bills are rising by over 60 percent, while in Italy they’ll jump by over 40 percent and in Poland by 54 percent. Consumer rates are tightly regulated, but businesses are feeling the full blast of higher prices — a hotel in Wieliczka, Poland, says it’s paying three times more for gas than a year ago. Governments across the Continent are rushing to slash VAT rates to keep prices in check.

One U.K. utility user claimed her supplier advised shivering consumers to try the warming properties of eating ginger, but avoid chili as it could make them sweat.

Although energy (like food) is not counted in the core inflation that central banks use to set interest rates, the jump in power and gas prices has economists worried about shifting price expectations.

It’s also painfully exposing the Continent’s vulnerability to Russia, which supplies about 40 percent of the EU’s gas. Russia insists it’s fulfilling its long-term contracts to European customers, but European storage facilities are at historically low levels, and gas flows on the Yamal pipeline — normally sending gas from Siberia to Germany — have been reversed for three weeks.

With Europe worrying about Russia’s growing military threat to Ukraine — the subject of talks between U.S. and Russian officials this week — there are concerns Putin is jamming his thumb on the scales by restricting the flow of gas to ensure the Nord Stream 2 pipeline running under the Baltic Sea to Germany gets regulatory approval this year.

The answer to all of this, according to Frans Timmermans, the EU official in charge of the bloc’s Green Deal, is to accelerate the shift away from all fossil fuels by maxing investments in renewable energy. For the things it can’t electrify, the EU envisions a graceful transition in which gas pipelines slowly fill with hydrogen made using clean power.

But that vision garners a lot of skepticism.

That’s a “complete hoax,” said Julian Popov, a former Bulgarian environment minister who sits on various green and foreign policy think tanks. Because the transfer of energy into hydrogen is highly inefficient, it will take vast amounts of renewable power to replace gas at scale, he said. “We talk here not about some laboratory installations or test projects, we’re talking about mass bulk availability of energy.”

The natural gas industry sees a long future for gas products in Europe. The plan is for gas to be used to produce hydrogen with as yet unproven carbon capture technology that traps and seals emissions deep underground.

“Basically, it’s about disconnecting or dissociating natural gas from its carbon,” said Nareg Terzian, senior manager of strategic communications and media at the International Association of Oil and Gas Producers. “We’re confident that there’s going to be a role for natural gas in the long term. It’s just not going to be used how we use it today.”

Many industries are also tied to gas. Ceramics makers in Italy, for example, say it will be years before they can fire their kilns with green hydrogen, if indeed the fuel ever reaches them.

“We want to drive the next wave of investment towards decarbonization to make the energy transition a reality,” said Armando Cafiero, managing director of ceramics association Confindustria Ceramica.

A major lobbying effort pushed the Commission to include natural gas within the EU’s definition of sustainable investments, the argument being that if gas helps switch off coal faster then it should be counted as green.

It was “necessary to recognize” that “fossil gas” could help the EU to reach its climate goals if it replaced coal and other more polluting fuels, the European Commission said in a proposal emailed to member states and expert advisors on New Year’s Eve and seen by POLITICO.

That’s rot, according to Andreas Hoepner, a finance professor at University College Dublin. “It is unnecessary to declare it green, because clearly, scientifically, it’s not green. You have it because you need it. But you don’t declare it green to thereby even subsidize it [and] possibly have it for much, much longer than you should have it.”

This article is part of POLITICO’s premium policy service: Pro Energy and Climate. From climate change, emissions targets, alternative fuels and more, our specialized journalists keep you on top of the topics driving the Energy and Climate policy agenda. Email pro@politico.eu for a complimentary trial.

Poland to Switch from Emerging to Developed Market by September 2018